Theatre Of The Now

When are morning shows going to figure it out?  It's ironic that the creative swashbucklers who changed FM rock radio from a medium that slept in during the morning hours to one where mornings are dominant, are missing the Internet boat.  Cutting edge morning shows have changed the commercial complexion of rock radio and, have in fact, levitated some formats and stations that always seem to be on the bubble.
Yet, when it has come to the Internet, many shows are woefully out of touch.  Still clinging to "theatre of the mind" sensibilities, too many morning show are missing the potential and the reality of integrating their content onto station Web sites.  Too often, you hear truly visual bits that fall short on the radio - that hot girl in the studio (where's the Web cam?), that embarrassing moron in Iowa (whose picture is not posted on the Web site), that chance to poll listeners (where's the instant voting mechanism?), etc.
In fairness, many stations aren't equipped to move at morning show speed when it comes to the Internet.  Because so much morning content is spontaneous (unprepped?), stations just don't have the infrastructure to move adeptly to post content.
But the other side of this is the "free sample" business.  Podcasting (read "on demand") is a fast-moving reality.  Consumers with TiVos and DVRs from their cable and satellite companies have to wonder why they cannot access key moments - or entire shows - when they want to.  Morning shows could easily post "best of" snippets from that day's show, available for download to iPods and other devices.  The ability to share great content with friends and to enjoy their shows at other times represents the potential to grow. 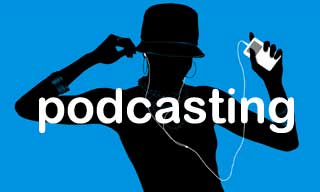 Yet, most don't - or won't - go down this path.  Whether it's a fear that giving away content will cut back on those Christmas CD sales or simply just fear of the unknown, most morning talent simply aren't thinking along these lines.  This is where coaching and management needs to kick in.  In most cases, you cannot tell these morning mavens anything about their shows because they truly have a much better feel for what's working than any of us.  But we can show them the greater potential of integrating technology and the Internet into their repertoires.
During a time when many of today's big morning shows have been plying their crafts for a decade or more, innovation and the "next act" are long overdue anyway.  These shows don't have the luxury of network TV sitcoms (think "Seinfeld," "Friends," and "Raymond") that simply fold up the tent after several successful seasons.  If our talent and their shows are going to thrive moving forward, making some technical leaps isn't going to just be desirable, it will become mandatory.

The most important thing about Morning Shows or personality driven shows at radio for podcasting their best bits, is VIRAL Marketing. What if one of those bits take, can anyone say "Star Wars Kid", that mp3 will fly all over the internet.