The Jack session at the R&R Convention was well-attended, and had people talking.  Here's the last observation from this session:

This issue of "no DJs" may be central to the continued growth of Jack.  While the panel circled around the issue of a second act for Jack, no one was willing (or able) to say anything succinct about what's next.

Infinity's Kurt Johnson ("Captain Jack") provided a great moment.  In Little Steven's keynote at our Summit, he said that WCBS-FM and the Jack format are like comparing the Statue of Liberty to a blow-up doll.  Kurt's answer to Steven's shot was to drag a blow-up doll on stage, much to the amusement of attendees.

Kurt noted that in research that's been conducted, the audience isn't interested yet in hearing live DJs.  No kidding.  And that's not likely to change.  Can you imagine ever asking listeners whether they want DJs (especially at a station that hasn't had any), and hearing anything else?   But when the ratings sag, what's going to be the next step?  And the longer these stations wait, the harder it's going to be to add live jocks. 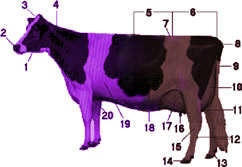 One of the ongoing themes from the Summit was a consistent cry that we not put so much weight on numbers and surveys.  I own a part of that, as a guy who enjoys and conducts research.  But there's no question that science has greatly overtaken art (or "gut").  And waiting for listeners to tell you they want DJs is like waiting for Americans to ask for higher taxes.  Sometimes you have to trust your gut and make it happen.

Kurt, Mike Henry, Bob Sinclair, Rogers, and many others involved in the Jack movement deserve loads of credit for breaking new ground, and creating a Purple Cow.  But as Steve Goldstein noted, even Purple Cows get brown after a while.