One of the brightest promotion guys out there doesn't work in radio, but certainly "gets" how to generate buzz.  Son of legendary baseball owner and showman, Bill Veeck, Mike is the brains behind some of the wildest promotions that take place between innings of major and minor league games.  Remember the "Disco Demolition?"  That was Mike's doing, recognizing the power of WLUP jock Steve Dahl.

More than 20 years later, Veeck is still plying his trade for teams around the country.  Recently, he was "interviewed" by the Chicago Tribune where they revisited the old and new Comiskey Parks (now known as U.S. Cellular Field - oy!).  While the White Sox are solidly in first place, attendance is average at best - sort of like a station with strong ratings but mediocre sales.  Where has that happened? 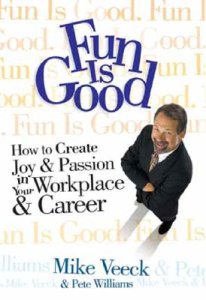 Like a great brainstormer, Veeck came up with some ideas - good, bad, and some that have potential:

Veeck rambled on, but that's pretty good output for very little time spent.  The same thing applies to our stations.  Simple brainstorms with a core of creative people in the station can yield fabulous results.  The idea is volume.  Not all the concepts work, but if you can generate a home run or two from a simple, free in-house brainstorm, that's time well spent.