Today we're joined for a guest blog from Mark Ramsey, founder & President of Mercury Radio Research (and an accomplished blogger in his own right):

The momentum (such as it is) behind HD Radio is driven in part by a magnificent lie:  Listeners want more choice.

They may say they do.

That’s why Satellite Radio listeners tune in only a handful of channels.  And their most popular channels are the same as the biggest ones on Radio.

Thanks to our neurotic fear of Satellite and the rationalizing power of “choice” our industry is hurtling down a perilous and distracting HD road.  “It’ll create more format choices,” industry leaders say. 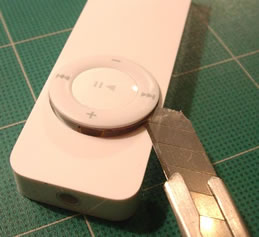 Just because we can thin-slice a format into skinnier niches doesn’t mean we should.  One slice isn’t all anybody likes.  That’s not “variety,” it’s “depth.” The thinner the slice, the less you appeal to the breadth of your audience’s taste.  And the more you force them to self-program that variety by changing stations, the unhappier they will become.  Listeners want variety, all right, but in as few stations as possible.

If you’re a typical radio listener (as opposed to a musicologist, audiophile, or musician), and you’re listening less to radio now it’s not because you can get more choices elsewhere.  It’s because you can get your own perfect mix elsewhere.  This is why most mp3 players are permanently set on “shuffle.”  It’s why mp3 players – a personal selection of music – outsell Satellite Radio – a diverse but impersonal selection of music.

By assuming “more stations” is the answer to what ails Radio we are saying that Satellite has a formula tastier than ours.  We forget why listeners come to us in the first place and why they’re so satisfied with what they hear.

Yes, that’s right.  Satisfied with what they hear.

Not the college radio geek in a band, maybe.  Not the aesthete who writes for Fortune and listens to NPR.  But for Joe and Jane America, for the great “unwashed masses,” Radio is doing a pretty damn good job, and it’s about time someone stood up and said it.