Here's how I spent my weekend:  on Saturday, I read an article in the LA Times that asked the question:  "Does Radio Have A Future?".  Sunday morning, the lead story in the "Week In Review" section of the NY TImes attempted to answer the question in an article entitled, "Spin Control:  How Payola Went Corporate." And even the local paper in Detroit took a shot at radio in Terry Lawson's column, "Personality Is Off The Air." 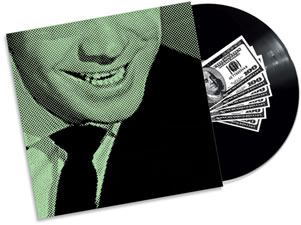 Radio's got some obvious challenges that have been well documented (XM and Sirius, iPods, streaming, etc.).  The press has had a field day beating us up about consolidation, voice tracking, and the standardization of formats.  But to the average radio consumer, those are abstract concepts.  Payola isn't.  Voters might not understand Whitewater, but they damn sure understood when Bill Clinton had an affair with Monica Lewinsky.  That's what's happening with the latest payola scandal - it's provided radio listeners with a tangible way to describe why radio isn't as good as it used to be.

The day after the settlement between Elliot Spitzer and Sony, in follow-up to a report on the story, CNN anchor Carol Costello innocently responded, "So that explains why music on the radio is so bad -- they're being paid to play the bad songs."

Much has been said and written about our concept of NeoRadio.  Whether you agree with it or not, its philosophy is that successful radio stations need to develop a sense of values that go much deeper than a format descriptor, and its principles include bringing listeners into the process, giving air personalities more of a say in the music that's played, and to focus on the local community.  At a time when radio is being tarred with the image of being totally unprincipled, maybe it's time some of our traditional values are resurrected.