I'm back for today, we'll have more guest blogs coming up next week, with some more very interesting folks contributing.

So I read a review of the new Hyundai Sonata in USA Today a week or two ago.  As the article wraps up, columnist James R. Healy makes the following observation: "And, of course, the all-too-common complaint: You cannot get satellite radio (with this car).  That sentences you to bad, although free, radio unless you're willing to get satellite by paying hundreds of dollars at the electronics store to have an installer rip out your original-issue radio and replace it with some winking, blue-light abomination."

Healy goes on to write, "Please, everybody: Satellite-compatible radios, standard, right from the factory, matching the rest of the interior and able to link with either Sirius or XM satellite radio, leaving the choice up to the buyers, not to the automakers."

And we wonder why growing numbers of consumers slam commercial radio, while lusting after satellite.  Meanwhile, the media (like Healy) do the heavy lifting for XM and Sirius, and terrestrial radio gets bashed.

Or perhaps it's just good PR.  A radio executive recently explained to me why XM and Sirius keep getting positive press.  He asked me, "Are you aware that the satellite radio companies have hired 30 PR firms?"

OK, and when are commercial broadcasters going to fire back by hiring a few PR firms of our own?  We're doing a great job of wringing our hands, complaining about how satellite's spin doctors are getting them great coverage - at our expense. 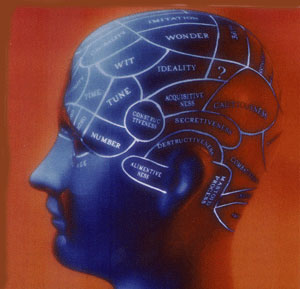 We wouldn't fight a conventional radio war this way, allowing competitors to gain the upper hand, while we just sit around and watch it happen.  We need an all-out PR assault to tell our story.  (Of course, we also need some good/big/important news so these agents of spin can do their jobs.)

As we're fond of saying in radio, this isn't brain surgery.  Most media outlets are spread too thin, making it easy for PR mavens to simply provide the stories (and their spin).

Enough already!  Let's start playing satellite radio's game, and buy some expert PR of our own.  Hey, I'll even chip in.