JacoBlog - Jacobs Media's Blog: What the hell do THEY know?

What the hell do THEY know?

If you've sat behind the mirror in radio focus groups over the past few years, you've heard some of the interesting musings from listeners about why stations play the music they play.  Like a lot of anecdotal information, much of their observations are gathered from tidbits they're read in articles, talking with friends, or simply trying to interpret what they hear on the radio. 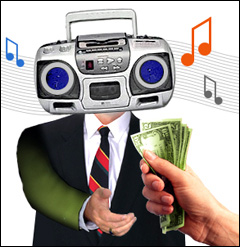 Too often, their perceptions have been colored by piecemeal information that lacks accuracy and perspective.  "Radio has become too corporate."  "Playlists are handed down from monolithic programming chieftains in San Antonio - or is it Santa Fe?"  "Stations have to play only the single from albums, which is why they repeat the same songs over and over again."  "Concert promoters force stations to overplay artists who are in town for live shows."

Of course, many of these perceptions are twisted, warped, confused or flat-out incorrect.  But over time, they become the truth, especially if radio stations don't behave in ways that actively refute them with innovative, entertaining programming.

Unfortunately, recent events are solidifying these dark views of radio.  The recent payola investigation has generated reams of negative publicity that only serve to fuel these fires.  As revelations pour out about how radio, records, and indies actually do business, there's no putting a good spin on how music is "selected" by many stations.

Of course, all of this runs counter to how many consumers are choosing their music in 2005.  Whether they're loading their iPods with favorites, or opting for one of 100 different satellite radio channels, the perception is growing that commercial radio is narrow, repetitive, and even dastardly in the way it picks and plays music.

And this is opening up the door for so-called experts to continue taking potshots at the way we do business.  A recent piece in Forbes underscores this.  Writer Peter Kafka criticizes radio ratings methodology ("stone-age"), and questions the industry's reluctance to pay more attention to listeners trends by continung to rely on call-out research, rather than web polling or even listener-request tools, such as VoodooVox.  The implication is clear - radio is being programmed and managed by technophobes who would rather ride the ratings declines into the ground, rather than adapt and change to modern-day listener choices. 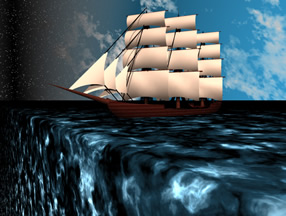 Now you might ask yourself who the hell is this guy, and what gives him the expertise to knock how we program our stations?  But if you step back from his rants, you can clearly see how he's reached his conclusions, and why he holds these beliefs.  There's certainly enough evidence - circumstantial or not - to back up his claims and criticisms.

In past blogs, I've expressed concern about radio's lack of a PR effort, and how that contributes to negative perceptions among listeners and the media.  But it's also clear that as the competition mounts, radio would do well to re-examine how we approach measuring the public's taste, and how we apply our research to our programming schemes.  While we can file some of this criticism under "Everyone's an expert," the reality is that more choice, new technology, and the public's exposure to the inner-workings of our business are creating a sea change in tastes and media consumption.  If we continue operating under the same assumptions, we indeed will get passed by.