JacoBlog - Jacobs Media's Blog: We Don't Have the Budget for Bumperstickers

« Internet Sneezing | Main | Behind the Buzz: Keeping Up »

We Don't Have the Budget for Bumperstickers 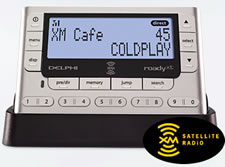 There's a cry heard at many stations around the country.  There's just no merchandising dollars, despite the fact that listeners want to display our call letters - on their cars, on their backs, and on their heads.  But funding stickers, T-shirts, and hats has become difficult expenses for many stations to fathom.

Contrast that with the promotion that XM ran at the first game of the World Series.  Every fan at the park received a RoadyXT satellite radio.  Of course, it will have to be activated with a minimum three month commitment, but it's yet another sign that satellite radio is thinking big.

We could use a little of that testosterone right about now.