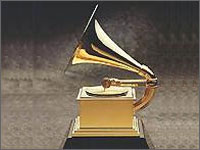 As the year winds down, I was asked by one of the trades about our assessment of new rock projects/bands from the past year.  I gave a very dour view of 2005, and the reporter was somewhat taken aback.  While not an across-the-board truth, most Active Rock stations have struggled to field even a mediocre list of songs during the year.  If not for Green Day, it's hard to imagine what stations would have played.  Where are the new artists that can move the format, reshape the musical scene, and give us all hope for the future?

I couldn't help but notice the Grammy nominees that were just released.  While these awards have never captured the true essence of what happens in rock, this year's nominees say a lot about the sorry state of the genre.

Just about every rock nominee is old or even classic.  This includes Green Day for Record of the Year, and Paul McCartney and U2 for Album of the Year.  For new artist, it's Fall Out Boy, a project one could argue should have been played by rock stations, but instead flourished on other outlets. The Song of the Year is represented by U2 and Bruce Springsteen.  And the Rock Album of the year?  It's the Stones, U2, Neil Young, Foo Fighters, and Coldplay.

So when the labels grouse about stations not giving new projects a spin, it's hard not to respond with some of this obvious evidence.  And as many of us know from perceptual research conducted during the past year, listeners are only too aware of the problem, too.

We can only hope that artist development for rock is given a higher priority in 2006.  It can only make our stations and the format better.

Perhaps some them could be found here: