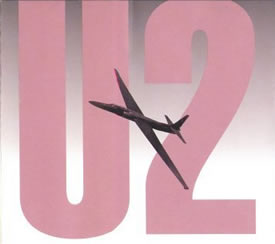 In a recent New York Times piece, writer David Carr lists 9 strategies U2 has employed over the years to ensure its place in Rock history.  These guys have been around for 25 years, and yet, they are more relevant, influential, and popular today than at any other point in the band's history.  And unlike some of the Classic Rock bands whose new music is merely an excuse for fans to grab a beer at concerts, U2's "How To Dismantle An Atomic Bomb" has sold over 8,000,000 copies.

A couple of Carr's key points are worth noting, especially for radio station corporations - all of which are struggling to remain viable in rapidly changing times.

Meet the Consumers Where They Live - U2 committed to the Internet in 2000, allowing visitors to access their music, behind the scenes opportunities, and other inside scoop.  For a $40 fee, fans had access to exclusive audio/video material, and have the chance to access tickets.

Embrace Technology - Whether it's the deal they cut with Apple to create their own iPod, or the way they use text messaging in concerts, U2 has found unique ways to meld technology with their musical art, thus ensuring that even the youngest music fans take notice.  And as Carr notes, while Metallica was suing Napster (where are THEY today?), U2 saw commerce in technology.

Pick & Choose How You Sell Out - I've modified this one a bit, but it's noteworthy that no U2 song appears in a commercial, but yet their Apple deal provides them with unique ways to market their music.  Similarly, while avoiding outlets like "TRL" or Super Bowls, U2 has shown up at the right events - notably, that concert that followed the 9/11 attacks.

How do you sum it up?  Great decisions, great marketing, and a knack for taking the right risks at the right time.  That's what great brand managers do.