« No Subscription Required | Main | Ask For The Order »

It's been very interesting for us Detroiters watching Hall of Fame coach, Larry Brown, struggle in New York with the Knicks this year.  As you may know, Brown has always been very nomadic as a coach, surprisingly leaving teams at times that just seem illogical or even strange to fans and other basketball observers.

But Brown outdid himself last year, leaving the nearly two-time NBA World Champion Detroit Pistons for the greener pastures and brighter lights of Madison Square Garden and the Knicks.  But the problem is that the Knicks are a horrendous team, there's considerable disharmony, and they will most certainly not make the playoffs.

And the team he left?  The Pistons are a dream team to coach, in a city that truly appreciates its winning sports teams.  There are no big stars or big heads here in Motown.  All these guys play together, there's no whining about minutes, salaries, or the other afflictions that impact NBA teams.  They have only lost a handful of games under new coach, Flip Saunders, and we all expect them to vie for another championship in June. 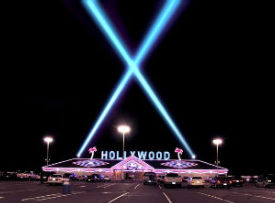 So, what was Brown thinking?  Well, we've seen that same philosophy in radio over the years, as PDs left seemingly great jobs in medium markets for the fame and glory of New York, L.A., Chicago, and other big markets.  As we know, for every time it all works out, there are many other sad stories of failure, dashed dreams, and disappointments.

This is why you have to admire the programmers who have been wise enough to realize they have great gigs, with great companies, and great teams.  I think about star PDs like Bob Bellini (WKLH), Harvey Kojan (WNOR), Doug Podell (WRIF), John Hager (WGRF), Jeff Carroll (KLBJ-FM), Rick Balis (KSHE), and of course, Dave Hamilton (KQRS).  (I'm sure I'm missing many others, but that group immediately came to mind).

Each of these guys has had multiple opportunities to move up to bigger markets and more money.  Yet, they each realize that quality of life and quality of job transcends market size and the temptations that come along.  Too bad Larry never figured it out.