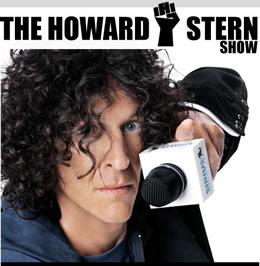 Howard's move has been talked and analyzed to death over the last 16 months.  But now it's here, and the present inevitably sharpens perspective, even in the absence of more data.  In the coming year, we'll see new satellite subscription figures, PUR percentages, and people on both sides of the "radio is dead" debate claiming the high-road of prognostication prowess ("See, I told you so").  Recordings of the first hours of Sirius Channel 100 are being replayed and dissected even now, and it serves to re-kindle lively debate.

Fred and Tom Bender, GM at WCSX/Detroit, were both consulted recently for a piece in The Detroit News.  Their thoughts can freshen perspective on the subject, and offer some broader lessons.  While Fred is 20 feet down the hall, and I worked for Tom for 10 years, their views on Stern caused me to think about conventional wisdom, and how it impacts our industry.  Consider the following quotes:

Fred - "Everyone's trying to estimate what will happen, but it's so speculative as to be ridiculous... Trying to predict behavior, especially purchasing behavior, is... dangerous."  Lesson: Everyone says they know what will happen, but it's important to know what you don't know.  Understanding that the next chapter has yet to be written can often be the key to your next move.  Thinking you know what's going to happen often closes eyes and ears, blinding you to the real answers.

Tom - "We've lost a lot of the communality of days gone by, where we had to sit through all the crummy acts on Ed Sullivan to get to the Stones."  Lesson: People walk around in iPod-induced isolation, car-pooling rates have never been lower, and workplace radios are giving way to laptops with streaming audio and wireless headphones.  The days of a shared experience are endangered.  Just ask the motion-picture industry.  We can choose to lament the inevitable, or view it as an opportunity.  Radio people who step up and create daily "Hey, you guys have to hear this!" experiences will stand out, and thrive.

And I hear nobody saying this:

Fred - "Just being able to drop 'F-bombs' whenever (Howard) wants is not necessarily a good thing... A lot of what made Howard fun was listening to him go through that challenge and struggle, how far could he take it?  It was drama, both real and artificial, but very entertaining.  To have him say and do whatever he wants... could get old very quickly." Wow - a simple theory that gets no play at CNN or USA Today.  Why are serial shows like "Lost," "24," and "The Sopranos" among the biggest hits?  Because we crave drama.  Why have Maxim and the SI "Swimsuit Issue" become male pop-culture mainstays?  Because there's an innately human attraction to a presentation that doesn't reveal it all.  Time will tell if Stern retains the key tactic of foreplay, or "takes it all off."

Radio's future lies completely ahead – depending on your perspective, of course.  But understanding that things are moving too fast to truly make hard and fast predictions is part of the broader view we're going to need in order to make sense of it all.