Maybe the only bigwigs who have had a lousier week than the Vice President are the XM chieftains.  Their fourth quarter losses (remember how analysts predicted the holiday season would be a catalyst for continued growth?) were worse than expected.  Screaming in at a quarterly loss of better than $270 million (compared to only $190 million a year ago), XM ended up losing more than $675 during 2005.

On top of that, XM board member Pierce Roberts Jr. has stepped down, believing that "a significant chance of a crisis (is) on the horizon."

Before we get too smug, however, we need to understand that whether the satellite radio model is "broken" or viable, they are aggregating content.  And that's the question that terrestrial radio needs to keep asking itself - are we truly playing offense when it comes to creating/gathering content?  Consider the chart below, especially if you're a music station: 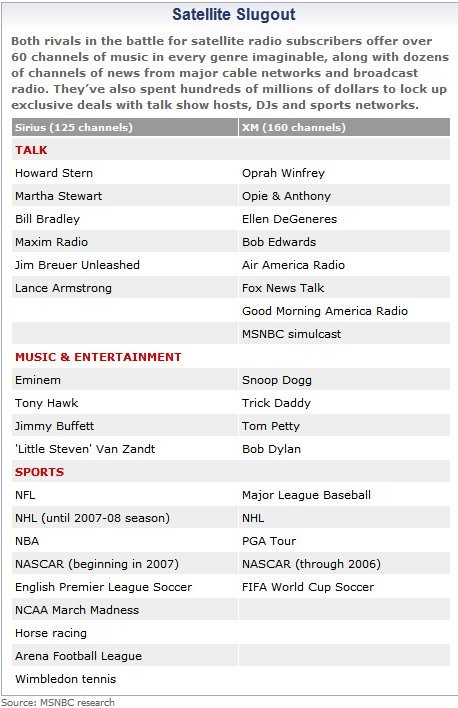