Did you see this recent headline? 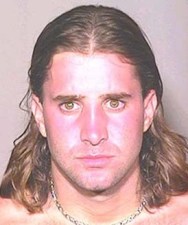 Scott Stapp thinks the world is out to get him.   What else could explain the conspiracy to release a sex tape of him, Kid Rock, and a bunch of strippers?

But of course, the real reason why Stapp's career is swirling down at Mach 3 is the proverbial self-inflicted wound.  He has handled success predictably and poorly, getting into one substance abuse mess after another.  But if it were just that simple, rampant excess would explain why so many rockers have watched once promising careers go to hell.

Perhaps the other part of the explanation revolves around being arrogant, taking advantage of fans, and simply not doing the little things that can sustain success.

I was involved in a heated, but productive, discussion in a research meeting recently, debating the future of rock.  Who is to blame for the drought in great music and new artists?  (And by the way, our core audiences believe it, too, as evidenced by our new Technology Web Poll.)  Will there ever be a true rock resurgence?

It is easy to point fingers at the labels for failing to develop and support new bands and projects.  They do not tell stories anymore.  How can consumers develop long term loyalty to a band when release and add dates, overnight spins, and marketing strategies overshadow the music?

But when are rockers themselves going to figure out what Country stars have been trained to do since they began playing bars and clubs?  How come Country acts understand the importance of working the room, hanging with fans, and being friendly - while rockers continue to spurn all of these connections with the music-buying public?  Why do rockers have to reach the point where they're on the "back 9" before they realize it's always been about servicing the core?  And many never figure it out. 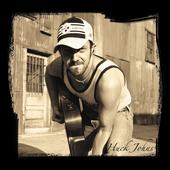 This is why Scott Stapp doesn't get it, and probably never will.  But maybe there are rays of hope.  Because if rock is going to mount that comeback we're all hoping for, it's going to come from young, hungry performers who are willing to do what it takes to grow an audience.

I keep hearing great things about Huck Johns, a meat and potatoes rocker from Detroit (it figures) who is part of Punch Andrews' stable of talent.  Huck shows up at radio stations, hangs with DJs and fans, and seems to have that energy that is so missing in rock n' roll these days.