« Is There A Rock Star In The House? | Main | But What About Kazakhstan "Cell Phone Onlies?" » 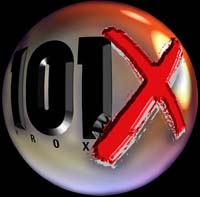 Unfortunately, FM radio hasn't been getting a lot of positive feedback and word-of-mouth lately - especially Alternative stations.  That makes it even more special when a station - like KROX in Austin - starts receiving lots of e-mails like this one:

Hey man,
I just wanted to say that I think it is excellent that you are doing a listener poll.  Stations have done polls before, and it never seems like they make a difference.  But it really does seem like you care what the listeners have to say, and that you're not about to roll over and become just another Clear Channel top-40 repeat-a-thon station.

HUGE props for that.  I've been a listener for almost 10 years and I think right now you are at the best I've ever heard....and now it looks to get even better.  You guys are always thanking the listeners, but from a dedicated listener to you all:  thank YOU!

The worry exists among programmers that dedicated P1s like this one  - and what they'd ask for in an online survey - are different from what the larger world of potential listeners might want.  Believe it or not, survey after survey shows that potential new cumers aren't that different from the existing cumers and P1s.  They think many radio stations don't care about them - and aren't caring much in return.

As KROX PD Lynn Barstow is telling his audience, his goal in 2006 is "to decrease suckage by listening to YOU." It's still early, but some of the year's new success stories are following that radical game plan.  Let's face it, some stations - especially ones that lost a very popular morning show recently - had little left to lose by trying something different.