« Up The FCC | Main | The Dangers Of Internet Advertising »

For whatever the reason, radio stations are having an incredibly difficult time finding, recruiting, wooing, hiring, and retaining good people.  Many managers seem to be spending substantial percentages of their waking hours interviewing, reference checking, hiring, and hoping. 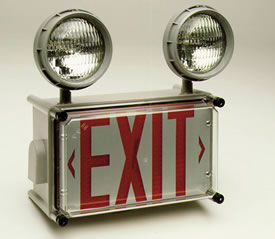 I don't think any of us can quite explain why this phenomenon is occurring.  Many of us painfully recall the difficulty of breaking into radio.  For many, nailing that first job seemed like climbing Mt. Everest.  Today, a reasonably well-groomed, semi-educated person with little to no experience can nail a sales job in most stations - including in Top 10 markets.  As technology and media perceptions change at high speeds, radio is struggling to keep pace.

So perhaps it goes without saying that stations and companies might be able to learn a little something from the person who's walking out the door.  OK, a salesperson who has been on staff for 90 days cannot tell us much.  But a sales veteran of 15 years has a tremendous amount of insight about the organization.  So does a receptionist who's been with the company for three years.  Or an engineer who's been fixing transmitters and doing studio maintenance for five years.

A recent article in Inc. talks about the value of the exit interview, something that many stations don't even bother doing.  When an employee is literally just about out the door, he/she may be in a position to share important insights about the station, the cluster, and even the entire company - if we're willing to listen.

Scott Westcott notes that many departing employees are very candid, and suggests the following questions:

1.  If one person leaving the firm would cause you to think twice about leaving, who would that person be?
2.  Who do you think is next to leave and why?
3.  What could have been changed six months ago that would have kept you from leaving?
4.  Why didn't you leave before now?
5.  If you were put in charge of the company today, what is the first thing you would change?

You probably won't be able to change a decision that's already been made, but you might prevent the next employee from heading out, and you perhaps learn an insight or two about what's really happening at the station.

Fred, the talent issue is, in my opinion, the most serious obstacle radio faces in the next ten years--not satellite, iPods or internet radio. These competing technologies alone will not damage radio--it's the talent that those competing companies are luring away that will plague radio for years to come. There just isn't enough innovation in the industry to keep up with competitive media channels AND a loss of talent. Content and technology are not the problems, they are symptoms of an HR disease.

When I got my college degree back in Boston years ago, I had a choice--I could go to graduate school, join some of my friends at the (then) Big 7's of the world (Arthur Andersen, Price Waterhouse, etc.) or...I could get Matty in the Morning's coffee for two years in the hopes of landing an overnight spot on Kiss 108. I chose grad school, though (oddly enough) I would find myself working with Matty at Pyramid later in life. Radio needs to find a more compelling on-ramp, a more attractive entry point into the business than "music intern." The type of person who is attracted to that position may or may not become the next Tom Poleman or Jim Ryan, but until Radio finds a way to recruit great young talent out of college and business schools, we will continue to field a non-competitive team.

With consolidation and automation, many of the spots the industry used to have open for its "farm team" (overnights, for example) are now gone, giving stations a smaller talent pool in which to fish, and the talent pool was thin to begin with. HD Radio solves the wrong problem. Fix the HR problem, and radio will survive and even thrive in the coming years. If station A outpromotes Station B, blame Station B's PD or marketing director. But if TSL declines in the whole market, we need to look a little higher north on the org chart.

Tom, you are so right. And many companies/stations are still living back in the day when supply totally eclipsed demand. Broadcasters continue to be surprised about how few quality contenders are going after traditionally great jobs. It IS an HR problem.