JacoBlog - Jacobs Media's Blog: The Gospel... According To Lee

The Gospel... According To Lee

My relationship with Lee Abrams has always been a little odd.  As a PD, I never had a consultant.  As a consultant in the early years, I found myself competing against Lee and his group for many years.  As he gravitated to Z-Rock, and eventually XM, we have stayed in touch.

Lee has been kind enough to participate in our Summits, as well as contribute to JacobsMedia.com.  I always find it interesting that many radio people have negative feelings about him, either because he "defected" to satellite or because they believe he's all talk and no action.  Others continue to respect him for what he did for radio back in the '70s, and what he's doing today.

I fall in that latter group.  While I think Lee is personally more interesting than XM at times, I believe his observations are always worthy of attention.  Terrestrial radio continues to crib ideas from the "Abrams Playbook" three decades later. 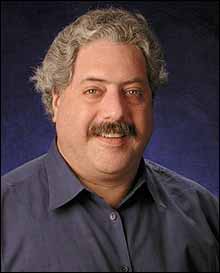 From an even greater distance, Lee's views about radio and radio programming are very salient today.  With a little help from Bill Jacobs, we have compiled some of "Lee's Greatest Hits" from his blog (and there's a lot there).  Like Cliff's Notes, we've saved you a lot of time because Lee is always a vociferous writer.  If you'd like to read the "album version," journey over to http://leeabrams.blogspot.com as Lee has new material every few days.

We participate in many monitors and brainstorms with stations, and I believe that Lee provides us with a template or yardstick by which to judge our progress, especially as the media world moves at an increasingly faster pace.  I would love to hear your comments and feedback about this blog entry (just click the "comments" link below), and I thank Lee for having the balls to speak his mind and still provide leadership and creativity from his desk at XM.

I worked for a Z-Rock affliate in the early 90s - my first prod gig.

They read as his blog does (but more bullet pointy) - same tone - same conviction - same battle cry. It heavily informed my concept for how great radio CAN be done.

The people who condemn Lee miss the point. Lee continuously articulates the ideal state for this medium - better than any one else I've ever heard, read or met.

He views the medium of radio as an artist would - the airwaves a canvas on which to CREATE. I'm surprised so many "radio" people miss that about Lee.

People say he created the very thing he now cries out against, failing to realize that that was 20 years ago - that Lee has moved on - and they (mostly) have not.

I greatly admire how Lee has been able to do that. To avoid being stuck in the WAY it's always been done - even if it was a way HE devised. That takes courage few people have or exhibit in this business or any other.

Tell me Radio couldn't really use a few more people who view and talk about the medium as he does.

Thak you for your good work, nice site!