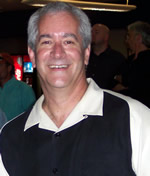 While the NAB, R&R, and Jacobs Media Summit 11 convened in the "media capital" of Dallas last week, we've now returned to our offices only to be treated to an amazing PR onslaught this week.  You would have to be dead or out of the country not to know that Oprah Winfrey has a new channel on XM.  She's been on "Larry King Live," and featured in virtually every newscast, magazine, and newspaper over the past two days touting her new 24-hour satellite channel, "Oprah and Friends."

And what did our industry's biggest conventions garner in the way of PR?  Nice coverage in the usual radio trades - and little else.

If we want to get serious about winning the PR battle, we need to go on the offensive.  We were impressed with the NAB's new CEO, David Rehr, who opened up our Summit sessions.  He's a take-no-prisoners type of guy who knows how to fight public relations wars.  But how can the NAB garner press attention by holding their convention in Dallas?  Or next year in Charlotte?

Why is the RAB convention in Dallas every year, when the largest advertisers are in New York, Los Angeles, and Chicago?

The only way to win this game is to fight on a bigger playing field.  We need to take the battle to our competition.  Cancel next year's NAB convention in Charlotte.  Move it to New York.  Turn it into a showcase for the industry - its talent, its promise, its story.  Turn it into a sales pitch for the industry.  Oprah flew to New York to generate the maximum coverage for her program.  She didn't phone it in from Chicago.

Radio needs to figure it out.

Bravo Paul. To compare media coverage of an Oprah product launch to that given our humble annual radio shows is perhaps an impossible, unfair competition. Nonetheless, I commend your bold notion. You are also correct that radio needs to get serious and go on the offensive. This will require resources which will require money. Count me in should you be raising funds for a PR initiative. Best, Dave