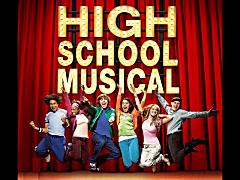 If you're like most people doing Rock Radio these days, you're wondering where the audience is going.  The format trends have not been pretty, and the best you can say is that overall listening is not what it used to be.  You can also see this every week when you look at the charts to see what's selling.  More often than not, the Top 10 is devoid of Rock, Alternative, and related albums.

So, if you want to amaze and astound your friends (or your music director), ask this question:  What was the best selling CD in 2006?"

It was not Rock, Adult Contemporary, or Hip-Hop.  It wasn't Triple A, and it wasn't something that you might buy at Starbucks.  It's called "High School Musical," and it outsold the next closest artist, Rascal Flatts, by roughly 400,000 units.  Overall, "High School Musical" sold 3.7 million copies.  (By the way, compare that to the best selling album of say, 1983, and you'll have a better understanding of why Chris Anderson's "The Long Tail" makes so much sense.)

"High School Musical" is the soundtrack from a TV movie (and a live show) that has been sweeping the nation.  The audience is typically pre-teens, but they have an awful lot of spending power.  (Just ask their parents.)

I found this out over a recent weekend when a relative asked me whether my local concert connection could get her three seats to something called "High School Musical."  Of course, I had no idea what that was, but I assumed it would not be a problem.  At the time, I also needed to buy a pair of tickets for a client for one of the sold-out Bob Seger shows, so I figured I'd put in both requests at the same time.  The Seger tickets were easy to get.  But my source struck out on "High School Musical," perhaps the toughest ticket in town.  Who knew?

Apparently millions of kids - and their parents.  Not surprisingly, "High School Musical" is from the savvy folks at Disney who have always had the ability to create hits.  We whine a lot in this space about the lack of youth-targeted stations on the radio, but the fact is, Disney has mined this audience for some time now.  The Disney Channel is entertaining, plays the hits, and has a loyal audience that controls a lot of dollars.

And isn't it interesting that this month, Arbitron's PPM kicks into gear?  While most observers of this new ratings platform are fixated on the meter itself, the panel concept, how much it costs, and the frequency of the reports, there's another feature that may be just as important - Arbitron is now sampling 6-11 year-olds.

Radio is going to have to be more than a little creative in order to address its growing list of problems and challenges.  There's a lot to be said for considering many different options moving forward - including pre-teens - especially when their music is selling and they are filling up arenas around the country.  There's a lot of spending power in the backs of those minivans and SUVs.