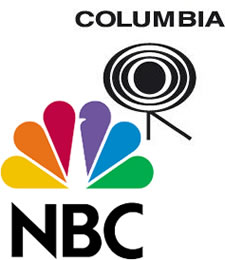 Two separate - but very connected stories - are breaking this week involving two, old-line media entertainment companies - NBC and Columbia Records.  Both are going against the grain by looking to programming guys to lead them into the digital future.

In NBC Universal's case, Jeff Zucker has taken the head job, succeeding the more traditional network executive, Bob Wright.  Not only is Zucker young (41), but his background is on the product side, including Executive Producer of "Today," as well as the head of NBC's Universal Television Group, which includes cable channels USA, Bravo, Sci-Fi, CNBC, and MSNBC.  Wright, on the other hand, is an attorney who came out of GE's Financial Services unit.  If NBC Universal is to navigate the digital challenges facing all old media companies, it will take a content guy like Zucker to get it done.

And at Columbia Records, the buzz is that producer Rick Rubin (Red Hot Chili Peppers, Johnny Cash, the Dixie Chicks, Jay-Z and others) has been offered the co-chairman position (even though he is currently contracted to Warner Brothers Records).  Rock PDs have a lot riding on Rubin's producer skills, as upcoming albums from Linkin Park and Metallica were created under his creative eye.  But Columbia is looking at their plight differently.  While Rubin probably knows very little about how a label is run, Columbia is looking for him to provide vision, while identifying and attracting talent.

That's what programming guys do.

Who's going to be the first radio company to hand over the reins to a content guy?  Considering NBC Universal and Columbia Records' strategies, it may not be far-fetched.