The British Are Coming

"Radio In Tune With The Times"

"Radio Enters A New Golden Age As Digital Use Takes Off" 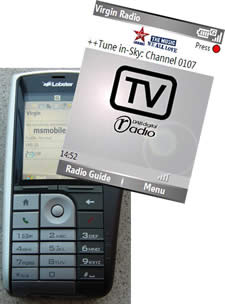 They seem like fiction, don't they?  Like a lame bit on a tired morning show.  But they're 100% true (and while I edited out a word or two), they all appeared recently in UK newspapers and sites.

A new study from Rajar (Radio Joint Audience Research) reveals something that international broadcasters have known for some time - the British are much farther along with their digital radio initiatives, and they're showing impressive results.  Aside from the fact that there's considerable Internet streaming, a growing number of 15+ adults now own a digital radio at home.  More impressive is that increasing numbers of listeners are tuning in radio on a mobile phone, something that the BBC has pushed for in the UK.  And the numbers are even higher among 15-24s!

Imagine what radio could do here in the States if cell phones had AM/FM radio receiver capabilities.  Phones like the Virgin Lobster enable users to watch digital TV and radio, and as the data show, it's working.  As Larry Rosin pointed out to me last week, more choices are actually leading to more radio consumption, a point that has been lost here in the States.  As we saw in the Arbitron study that Jacobs Media conducted for Arbitron in '05, radio is losing its portability edge.  No one carries boom boxes or Walkmans any longer.  But everyone has a cell phone.

There's a lot that American radio can learn from what's happening across the pond.