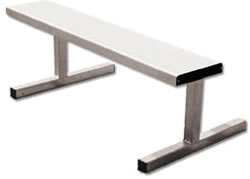 As the Wall Street Journal pointed out last week, radio's bench is awfully short.  We made this same point in our Imus blog recently.  Whether you agree or disagree on any aspect of the Imus controversy - that he got screwed, that he should have been fired, etc. - the truth we're left with is that radio has lost another star.

And in the wake of the Stern exodus in 2006, radio's ability to replace all-star talent is certainly suspect.  Blame it on voicetracking, syndicated morning shows in small and medium markets, or the fact we the industry simply doesn't appeal to many teens looking to make a name for themselves.  Whatever the root causes, the talent pool has become a puddle.  And most stations just don't have a Plan B or farm team if their main show goes down.

Whether the Imus mess will have the same chililng effect on talent that Janet's Jackson's "breastgate" had remains to be seen.  But radio is operating with a finite number of great morning shows, and they're not getting younger.  Where's the "new guard" going to come from?  Can terrestrial radio really grow talent in 2007?

But there may be some good news.  If we actually played our HD cards well, and used those HD2 stations as the sandboxes they really are, we might just be able to grow some talent.  And in the process, replace the Stern's, Bubba's, and Imus's with fresh voices and ideas that could energize our business.  I'm watching that happen in the petri dish known as riff2 here in Detroit.

It can be done.  But it's not going to happen organically, or because radio has always found a way to develop talent.  It needs to be an initiative, and it needs to start soon.

As usual, you just hit the crux of our talent problem. But stations won't take your advice, because the time
and expense and riskiness of planting and cultivating
a promising future morning "star" are more than radio
managers are willing to bear. Things used to be so
exciting! In 1977...thirty years ago...Lee Abrams
and I were programming a Lexington, Kentucky station
called "Double Q" (WKQQ-FM...100K signal on a tall
tower). There was this goofy, wisecrack-making guy
who went to UK and also broke us all up in the
hallway there on New Circle Road. I said to him, "We need you on morning drive, man! You're a naturally
hilarious talent". His name was Terry Meiners and his mentor had been Louisville's legendary Gary Burbank. So he went on and started KILLING right away. Now Terry is a household word in afternoons on 84 WHAS, owned by Clear Channel. He is best friends with coach Rick Pittino and probably could run for Mayor and win, he's so ascerbic and well-liked. Then in 1982 when WYSP was sold to Infinity Broadcasting (their first acquisition ever) and I was let go as PD and midday
man...I almost went to KQRS but instead ended up in Richmond at WRXL, "XL-102". Each day around the station (and consistently on-air) I was acting like an idiot...very edgy, topical and stupid...and our program director one day said "You belong in mornings. We'll partner you with this sassy girl and call her
'Dixie'...which will go down great in the former capital of the confederacy!" And so for four years we kicked butt and worked to put (with help from Fred Jacobs and Jon Coleman) "XL-102" in FIRST PLACE with adults 25-54 in the 1989 Arbitron. Those two examples of successfully programming by your God-given instincts don't happen today. Typically, a market will just import a developing but much less well-known morning show (syndicated) such as "Rick and Bubba" or "Bob and Sherri". Less risk. It's all about the risk and not having them calling in hungover and
having to do daily morning show meetings with them.
But you can't trot them out in the community!!! Big
built-in negative. They cannot shake a million hands
and kiss ten thousand babies the way Pierre in Philly
can. NO SUBSTITUTE in terms of good-will and publicity generation for a local morning show. MAYBE the guys
will fly in for one or two weekends a year. That's it. What will happen is what always happens. Like in the case of our (Fred, Paul and I) pleading for the the next RAB not to be in Charlotte, but rather in a
media glitz capital such as NYC. NOTHING. Radio will continue to muddle through. And I see riff2 as very
much an ANOMOLY. Most new HD frequencies will not be
fully-exploited because it already cost the station
(on average) 250K per transition from analog. They
will not feel like coughing up any more dough on the
"essential trimmings" after paying for the hardware.
Hey, I just spent 9 months seaching high and low for a
decent classic rock gig in almost ANY city (I was
living off the sale of my big house...lots of equity). This Monday I leave radio probably forever, to sell
for a Top-50 Fortune 500 company. That's it. No more on-air stuff, even though my hunger is still there and I've been doing it since age 15...1968. Heck, I was the boss of Howard Stern, Mark McKuen, and HBO Boxing's Jim Lampley. Had one terrific ride. But even
in markets where the old, legendary morning dude had lost his luster or quit really trying, say, 5 years ago...his station couldn't bring itself to pull the trigger and give somebody fresh (me) a chance at the wheel. As has been discussed before in this space, today's stations are FROZEN WITH FEAR! "We can't NOT renew so-and-so's contract...he's a LEGEND in this market!" (Good retort---"Yeah, a BORING and COASTING legend".) But they renew. More bush-league mediocrity for another three years. That's what I mean by "muddling through". No shrinking violet on this blog, I've said before that many of the current crop of market managers have been in place for 10-15 years or longer. They have learned one lesson (if no others) really well--don't rock the boat. Keep the home office happy by always under-promising and over-delivering. Next thing you know...the way time flies...you're looking at a fat retirement with the kids out of college. Hilton Head Island, here we come, baby! It's been fun being REAL and Fred's is the industry's greatest blog on WHICH to have a finely-calibrated "no-bulls---" alarm. A voice of truth, just one guy, signing off here. See ya; good luck!