Jacobs Media consultant Ralph Cipolla has truly mastered life on the road.  He has harnessed the technology that allows him to capture his must-see TV shows.  It was all working well, until that fateful Monday night...

It's the kind of horrible thing that always happens to someone else.  Sure, you hear stories from time to time, but surely it could never happen in your home.  Despite contingencies, precautions, and back-up plans in anticipation of the unthinkable, terror struck the home-front this past Monday.

It started with mass-transit bombings in San Antonio, Baltimore, and Los Angeles.  Next, the nuclear explosion in Valencia, California, and then the dirty-bomb near the waterfront.  All this, soon to be eclipsed by a new form of terror yet experienced at home... I'm on a road-trip, the DVR screws up, and instead of the latest installment of "24," I get an episode of "Antiques Roadshow."  Instead of CTU, it's PBS.  No Jack Bauer, just Jack S%#&. 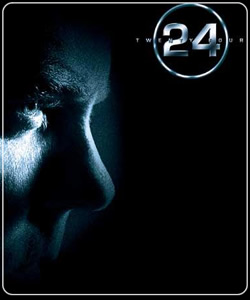 It's the only show I always watch, in real-time whenever possible, but when I'm on the road, my new HD-DVR captures domestic terror just like the real deal for wide-screen delivery upon my return.  But here I was, in worse shape than Jack Bauer 23 1/2 hours into a typical day on 24.  Sure, I could buy the commercial-free episode for $1.99 at iTunes, but then one of my operatives told me about a new development at www.fox.com.

Every episode of "24," including the two-hour finale, all lined-up and waiting to be streamed.  And wow - a clean crystal-clear wide-screen picture, awesome audio, and just one 30 or 60-second spot inserted between the segments - over and done before you know it.

ABC-TV, NBC-TV, and CBS-TV are all doing the same with their big shows.  Missed "Desperate Housewives," "Lost," "CSI" or "Grey's Anatomy?"  No problem.

So, it makes you wonder, how can these networks provide these shows at no charge?  (OK, I had to watch a total of 2 minutes of commercial time.)  Aren't the affiliates going nuts?  What about the advertisers?

Well, Fox has announced plans to address the first question.  These same shows are now provided on their local websites AND their affiliates will share in the Video-On-Demand revenue.  Again, a nice, clean simple solution.  Typical "old-media" TV advertisers looking for a way to reach a tech-savvy audience now have a bridge between the old and the new (media) frontier.

Meanwhile, there are radio stations that still don't stream their daily programming.  And how many morning shows are able to provide a "day after" stream or easily-accessible podcast that makes it easy for listeners to access programming they've missed?  The world is becoming more and more on-demand, with listener-control becoming more paramount.  If our best content providers - great morning shows and daypart personalities - participate in the revolution, radio can move closer to the new media Holy Grail - giving the audience what it wants, when it wants it, through a variety of media forums convenient for the user.

So, another type of "old media" - television - is producing shows that are buzzworthy, compelling, capable of sparking socializing among audience communities, and worthy of re-distribution after the original air date.  And they're making more money by selling each show twice - once to an audience in front of the Sony big-screen, and again to an audience sitting at the Sony laptop.  (Of course, there's a third sell, too - the DVD box set, but that's for another blog.)

By taking things to the next on-demand level, all four major networks are clearly demonstrating they truly understand what their viewers want - while they build even more loyalty to these shows... and make more money showing them.

There are clearly applications here to radio, if we can break a few time-honored traditions, and give the audience what it wants.