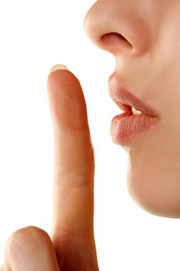 It's not just a Detroit story anymore.  The big news is that Toyota officially passed General Motors in global vehicle sales.  While this has been coming for awhile, the fact that this unbelievable victory has finally occurred is a stunner.

This isn't like a station beating its competition in the Winter book, anymore than it is akin to the Colts winning the Super Bowl.  In radio and sports, there's almost a new winner every year.  But in a field as massive as the auto industry, these cataclysmic changes are likely to be lasting.  General Motors isn't likely to pull out of this next quarter.

So how is Toyota celebrating their victory over this American Goliath?  They're not doing a thing.  As Karl Greenberg points out in MediaPost's Marketing Daily, there are apparently no plans for a big party, nor is this win being ballyhooed on the station website.

In radio, we often scream about our ratings victories on the air, hoping that the audience will get the message and continue to write our stations down.  But the reality is that there's a lot to be said for Toyota's humility, as well as their focus on keeping up the pressure by continuing to build great products that have great resale value at a fair price.

It is also possible that Toyota is sensitive to loudly lauding its victory over America's car makers, for fear of a backlash.  In that same regard, radio stations run that same risk when they brag about momentary ratings victories.  The fickle public has a way of punishing front-runners, especially when their wins go to their heads.

Toyota's big win hasn't come easy, nor has it been quick.  They have had their share of failures along the way, but they believe in projects they call irei, which translates to "not ordinary" - meaning purple.  They will do whatever it takes to develop projects that exude "exceptionality," whether it means investing in engineering, research, marketing - or all of these.

In a business like radio that too often accepts ordinary as being good enough, we can learn a lot from the Toyota process.