The Future Of Talent

Internet Specialist Tim Davis is more than the guy who can make your websites look great.  He's a keen observor of our business, and takes on the ever-changing role of the DJ in today's guest blog: 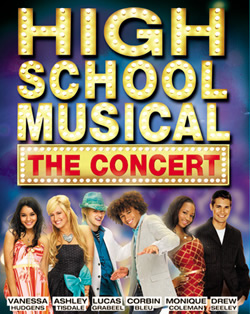 Unless you have kids, you probably haven't given a second thought to watching the latest iteration of the "High School Musical" phenomenon.  It's currently airing on The Disney Channel and it's called "High School Musical: The Concert."  It's worth your time to at least catch it on your DVR and take some notes on audience interaction.  (By the way, we covered "High School Musical" - the CD - in this blog a few months ago.  It was the best-selling CD of 2006.)

This new production essentially broadcasts the bulk of the live show (talk about brand extension:  there's a movie, a concert tour, remix DVDs, and even an on-ice version - with a movie sequel on the way shortly).  But what's most amazing about "The Concert" is the passion these performers have for the fans.

Not a single number on stage, or a personal interaction with fans, goes by without a hearty "Thank you so much" from the cast.  Sure, it could all be posing, but they clearly understand the importance of the fans and what it takes to be successful.  These are all kids, mind you - most still under 20 years old - and not the first brush with fame for a number of them either, but they are clearly humble with the crowd.

These performers take every moment to interact with fans - answering emails, making public appearances, bringing throngs of fans backstage, working hard with radio (well, Radio Disney anyway...) and doing everything they can to insert themselves on a personal level into their core audiences' lives.

1.  As Fred and others have mentioned in this blog repeatedly, why are more Rock musicians not doing this?  There's a seeming disconnect between contemporary (and even Classic) Rock musicians and their audiences.  Where are the personal stories, the compelling reasons for potential fans to relate to them, the appearances on the radio stations that play their songs, and even good old fashion CD signing parties?

2.  Think about your air talent.  Could they do a better job of getting out and pressing the flesh?  As we enter into another political season, we see every night on the news the efforts that politicians are making to connect with their voters.  As long as there are Arbitron diaries out there, radio ratings remain a popularity contest.

3.  Diversity of product is important.  With a variety of formats from live shows to DVDs and even video games, it may seem hard to compete - but you can.  Live appearances, special events, podcasts, blog postings, and specialty shows allow radio DJs the same level of customization - and a strategic Internet strategy dramatically expands your brand and your personalities' reach. 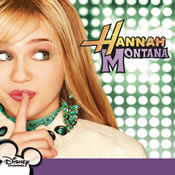 These kids are clearly doing something right in their ongoing effort to connect to their audience.  Whether it's the "High School Musical" empire or the platinum selling "Hannah Montana" record (Heard of her?  It's Billy Ray Cyrus' daughter, Mylie, with a hit TV show and best-selling album).  The "Hannah Montana" franchise is also focusing on fans.  There was even a show that centered around Hannah answering fan email and getting personally involved with their lives.

With all the competition from iPods, the Internet, Satellite radio and other new media, the bigger concern is that anybody/thing can play the music and make a hit-based jukebox (or even more scary, a personalized esoteric jukebox).  But nothing replaces personality.  At Jacobs Media, we are staunch believers in the power of the local DJ, and his/her ability to make a warm, meaningful connection in their communities.

Interacting with fans, answering emails, and promoting themselves and the station at every turn should be as much a part of the job description for jocks as donning the headphones and stepping behind the mic.  It's far more important to answer the request lines and email than to hit the post or spit out a forecast in under 7 seconds.

We've got to raise the bar for how our talent interacts with the audience if we expect to cut through, as new media changes and threatens to outshine radio.  It's truly our secret sauce.

Why haven't Rock musicians made this connection? Rock has never really been about that. Decadence is what it has always been about.

Country musicians, on the other hand, sang about the personal connection and took the time to bring it to reality. And NASCAR was smart enough to see the results and make the connection with their fans.

These "musicians" of which you write are the plastic presentation of the money-generating kids industry. Sure, a few of today's pop-stars take the time, but most come and go...in more ways than one.

For radio - and the smart ones have known and done this for quite some time - making that connection is easy. You are right, it is part of the job description. Those that don't want to do it or won't do it without lots of $$ should be - dare I say - replaced.

Beyond that, the only other challenge is getting Otto Mation to get out of the box. He seems to do a lot of dayparts at a number of stations.