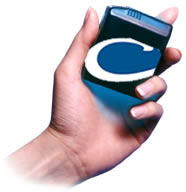 As Dylan said, "You don't need a weatherman to know which way the wind blows."  And it's looking more and more like PPM will indeed be a fast-moving reality.  I can tell you that the past several months in Philadelphia have been an education, and it's still the top of the first inning.

When I tell you that PPM changes everything, believe me.  And as we've discussed in this space before, electronic measurement is a positive, and PPM finally addresses many of the problems that agencies have had with radio during the dark diary years.

But prepare as stations will, PPM will still sneak up on you, and it will cause you to rethink just about everything - programming, sales, staffing, research.

As readers of this blog know, we have been in attendance at the last several Arbitron Consultant Fly-Ins (which will also be the case for the next scheduled event later in July).  There's a lot to be learned about this new measurement system, and it will test the knowledge and creativity of companies big and small.  PPM is a hot issue, and the positive implications for Rock-based formats are becoming obvious.

Of course, you can count on Jacobs Media to cover "Rock & PPM" at Summit 12, slated for September 27th at the R&R/NAB.

Congratulations to Clear Channel for smelling the coffee, and realizing that it was time for the industry to come together and support a new ratings system.