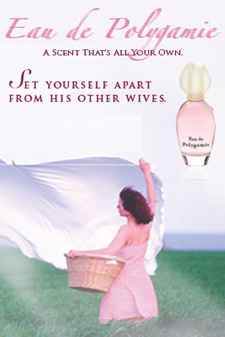 Remember that now-famous campaign that helped launch "Desperate Housewives" where ABC printed up dry cleaning bags and distributed them in key markets around the country?  It was a clever way to use another "medium" (dry cleaners?) to get their message across.  And in the process, the campaign itself generated media buzz because everyone was talking about it.

These clever applications are still available to radio, morning shows, and personalities, but too often, we continue to spend our marketing dollars in traditional places.  And when was the last time you heard people talking about a radio station billboard or direct mail campaign?

A great example of "buzz marketing" occurred around the premier of HBO's "Big Love."  Their marketers created "polygamous products" - a perfume called "Eau de Polygamie," an erectile dysfunction drug aptly named "Polygarol," and even a themed community called "Polygaworld."  Ads for these "products" or "brands" were placed in key sections of The New York Times and Los Angeles Times.  And of course, they generated outside media buzz and talk - which of course, was part of the design.

We will be addressing the idea of marketing well outside of the box for Summit 12, at the R&R/NAB Conventions in September.  Stay tuned, and keep thinking purple.