Jacobs consultant, Ralph Cipolla, checks in with a blog update about this very special day.  Where IS the year going?

I trust you had a safe, relaxing, and work-free Memorial Day Weekend holiday.  More importantly, I hope you took the time to remember the true meaning of this holiday, a day when we remember those who paid the ultimate price in a selfless effort to secure and protect the freedom and opportunity we often take for granted.

That said, it’s time to discuss another day of observance and reverence; a day dedicated to one man and everything he stands for -  freedom, persistence, new ideas, the courage to stand behind those ideas, and Styx.

Yes, today is the day all America has been waiting for (Actually, just St. Louis and Steve’s relatives.)  Today is “STEVE LOOMSTEIN DAY” at KHITS96.

The brainchild of Emmis/St. Louis’ Rick Balis, the annual “Steve Loomstein Day” celebration returns as it does every June 1st (actually, this is the second year in a row).

“Steve Loomstein Day” began quite innocently, growing out of a “Talk to the Program Director” on-air listener-feedback campaign supported by Rick Balis-voiced promos.  One of those callers was a persistent die-hard KHITS96 fan from the St. Louis suburb of O’Fallon, MO.  As described on KHITS promos, “Steve Loomstein is every man, every woman who wants to make KHITS a better radio station.”  To make his point, Balis decided to give Steve Loomstein what he really wanted; his own day on KHITS.

What does “Steve Loomstein Day” mean to all those other KIHTS listeners?  All day today, regular KHITS programming goes out the window.  Morning Man J.C. Corcoran spins “The Vault” from 6-10am.  Middayer Rich Dalton follows with four hours of “The Deep (cuts).”  Then PM personality Mark Klose chimes in with “Klose's Cut Above” from 2-6pm, and then it’s Drew Johnson with all "Drew-fers" from 6pm-midnight.  The festivities also include a “Find Steve Loomstein” web contest as well as other tactics designed to drive site-traffic, while adding a “face” and humor to a stunt that is all about giving listeners what they want.

And what does “Steve Loomstein Day” really mean to radio programmers?  It’s another object lesson in true creativity, branding, and a fresh approach to Consumer Generated Marketing that you won’t find on satellite radio, your iPod, or any other St. Louis radio station.  Simply put, it’s a new twist on the old “Call the PD” comment line and “Guest DJ” tactics, combined and amped-up to the “purple level” that Rick Balis and his staffers have become famous for.  In much the same way that Jared represents the everyman who eats healthy food at Subway, Steve Loomstein speaks for every KHITS listener who wants to hear something other than “Stairway” or “Free Bird.”

In closing, from our radio family to yours, everyone here at Jacobs Media offers their sincere wishes for a wonderful, safe, happy, and Loomapalooza-rific “Steve Loomstein Day.”

P.S. The KHITS website offers a more colorful description of the true meaning of “Steve Loomstein Day.”  Check out the artwork submitted by Loomstein-fanatics around the world; tributes to The Man, The Myth, The Legend ...The one and only Steve Loomstein! 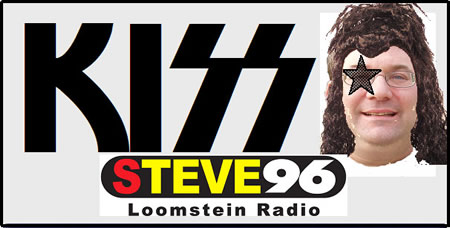 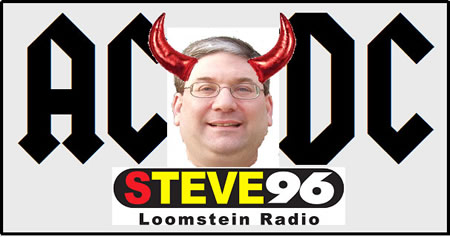