« Letting Go | Main | Will It Change Everything? » 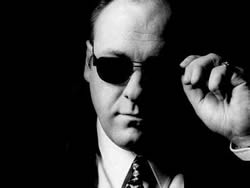 These words rang so true last Sunday night as America watched the final episode of "The Sopranos."  There are still raging arguments about that final scene, especially the music choice, "Don't Stop Believin" by Journey.

Was this a cruel joke on the part of creator David Chase?  Is there some sort of inner meaning?  Is the song a suggestion about the future of the family (the franchise, a movie...)?

Well, Journey's Steve Perry, Jonathan Cane, and Neal Schon don't care.  It's a compliment to them, and the fact that the show ended on a happy/ambiguous note (depending on your interpretation, of course) works for them.

"The Sopranos" has long been a wonderful showcase for Classic Rock, thanks in large part to the taste of Chase and Tony Soprano.  Earlier in the final episode, Vanilla Fudge's cover of the Supremes' "You Keep Me Hanging On" played a prominent role in setting the mood.

Probably time to put "Don't Stop Believin" back in strong rotation for a couple of weeks - yet another great opportunity for Classic Rock stations to keep the music sounding "current."