A Positive Story About Radio

Jacobs Media's Paul Jacobs joins us today with some good news for radio from the Gen Y front: 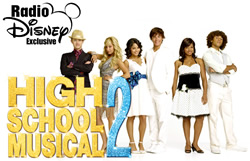 In case you didn't know it or don't have children, "High School Musical 2" is being released tonight, and if you're of the right age, this is a major event.  Last week, they played the entire soundtrack as a world premiere on the station and have had events going on all week.  I guarantee you the CD will be at the top of the charts - without traditional radio airplay.  Their air personalities are excited and you can hear the phone lines burning up (unfortunately, some of those calls are coming from my daughter).  Tonight, when the movie airs on The Disney Channel, there will be house parties across America.  And when the program is over, radios will turn on to hear more about this cultural phenomenon.

There's a lesson here, and we've written about it before:  content is everything, and distribution is secondary.  Whether it's HD Radio, satellite radio, or anything else, it's all about the content.  Disney's breaking every rule in the book, going with the oldest technology around - AM radio.  And all they're doing is exciting a generation about our medium.  Radio works for them because it's talking right to them.

Disney is to be applauded.  And the rest of us should learn from them.  If you haven't listened to Radio Disney, do so.  It's good, fun radio that's talking to and entertaining our next generation of listeners.

If one compares slacker.com, pandora.com, and last.fm to clearchannelmusic.com/hdradio there is no comparison - the "personalized" music services allow the creation and control of radio station content, while HD Radio allows very little control. The content on the HD Radio channels is abysmal. HD Radio is a total farce and consumers have ZERO interest - it is up to the marketplace/consumers to determine the fate of HD Radio:

Here is the popularity of these different music services: