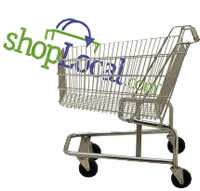 A new study by ShopLocal.com among pre-teens underscores the importance of looks and utility in electronics and gadgets.  Not surprisingly, the boys are all about entertainment, while the girls are focused on fashion in their toys.

That's about the way it shaped up among their older counterparts in "The Bedroom Study," the ethnographic study we conducted for Arbitron earlier this year.  Steve Jobs and Apple totally feed into these perceptions, and cell phone companies and mp3 manufacturers have learned that form and function go hand-in-hand.  Toys aren't just toys for many consumers.  They make a fashion statement, too.

The implications for radio are numerous.  The appearance of radios - especially of the HD variety - could be critical factors in their adoption.  And as we have learned from the many Tech Polls we've conducted, if you want to understand what we'll all be doing in the years to come, just watch your kids.

You can see both "Bedroom Project" presentations at the NAB/R&R Conventions in Charlotte this September.  Conceived by Arbitron and conducted by Jacobs Media, "The Bedroom Project" is an ethnography study about media, technology, and survey research.  The presentations are Wednesday afternoon at 3:45 for the NAB & Thursday afternoon at Jacobs Summit 12.