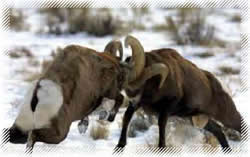 Investors Business Daily recently set up a comparative analysis between satellite and HD radio in a recent web article.  While subjective, it sheds light on the dilemmas that each of these new technologies faces moving forward.

Satellite received big points for its content, but the reviewers noted that in and around the New York metro area (where the test occurred), there is some drop out where line-of-sight is difficult to come by.

For HD Radio, the author notes that the sound quality is very solid, and of course, the service is free.  But as the article points out, "programming choices are scant."  This is in New York City.  If HD Radio and HD stations aren't fabulous examples in the Big Apple, how does terrestrial radio expect to pull off this technological challenge, and make HD Radio mainstream?

We have heard many stations and broadcasters say they will sink more into programming when there are more radios in the overall population.

But the chicken-and-egg-of-it is that selling more radios isn't going to happen on faith.  It is great content that will drive purchases.  It is word-of-mouth that will convince people to try HD Radio.  It is the ability to be able to walk into a store, hear HD Radio, and tune in cool and interesting programming that will move these units off the shelves.

Articles like this one point out the uncomfortable truth that programming choice is indeed "scant," even in major markets - especially compared to satellite radio.  And isn't that the obvious point of comparison?

There is no comparison between the abysmal HD channel programming at clearchannelmusic.com/hdradio and Slacker.com (Pandora.com, Last.FM, etc), where one can set up "personalized" radio stations/music - I'de rather continue to listen to radio's main analog streams than to the HD channels. After a two-year $500 ad campaign, there is almost zero consumer interest in HD Radio, as indicatd by these Compete graphs:

Interesting to note, the lack of reaction to HD Radio during the Christmas season, unlike the competing technologies. Why, does terrestrial radio continue to support this DOA technology ?

I remember reading an early customer satisfaction survey with XM and Sirius that the highest benefit to those services was not the digital signal, but the metadata (performer, song, etc.) on the screen.

What's the penetration of RDS technology in radio both for stations today as well as receivers in the marketplace?

At my station we're not providing additional data through RDS analog or digital yet, but I think we should be. I'm curious how others migrate the song data from the CDs we play (yes, we don't have a large music library in a hard drive...we play CDs).

First thing - RDS, FMeXtra, and AM Stereo have been around for years, but never took-off. The one thing that drives consumers is content, which Satellite Radio has to a degree, and HD Radio has none. Second thing - the claim by HD Radio boosters that consumers are not aware of HD Radio after a 1 1/2 year $500 million intense ad campaign on radio, won't fly:

"In 2006, 73 percent of respondents to an In-Stat U.S. consumer survey were aware of HD Radio on some level."

For HD Radio boosters, it is one excuse after another for this failed marketing campaign and technology.