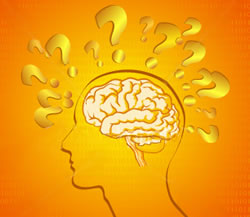 This must be "Bite The Hand That Feeds You Month."  Recently, the musicFirst coalition used that inane "study" by a university professor in Texas to make the claim that radio airplay hurts record sales.  Then, Cox's Bob Neil was attacked for claiming that many Oldies artists' careers were made by radio airplay.  And if that wasn't enough, Deep Purple front man Ian Gillan now insists that Classic Rock radio stations are a "death sentence" for older bands because they just play vintage material rather than new music.

He has got to be kidding, very uninformed, or simply delusional.

First, if it weren't for Classic Rock radio stations, "Smoke On The Water," "My Woman From Tokyo," and "Highway Star" would all but have disappeared from the terrestrial radio airwaves years ago.  Classic Rock has revived the careers of many legendary bands by creating a home for them that appeals to rabid fans of many demographics.

Second, Classic Rock stations actually expose new product from older artists, albeit on a limited basis.  But given the mission of these stations and audience expectations, doesn't that make sense?  When listeners tune in WMGK or KZOK, they aren't looking for the new one from Deep Purple, Foghat, or Paul McCartney.  They may be interested in hearing what these artists are up to nowadays, but that's not why they listen to these stations in the first place.  And even though the exposure on Classic Rock radio may not be what 50 Cent or the Red Hot Chili Peppers receive from contemporary music stations, try to find new songs from classic artists on Active Rock radio.  It isn't going to happen.

Finally, Classic Rock radio has also heavily promoted concerts along the way, making it easier for vintage artists to appear before large and enthusiastic crowds.  Most stations go out of their way to welcome bands to town, herald their appearances, create concert festivals, and heavily play their music.

Gillan needs to face the facts about where artists from the '60s and '70s figure in the overall scheme of things in the music business.  Labels aren't interested, and contemporary Rock stations could care less.  But Classic Rock stations provide a warm and loving home for most of these vintage bands.

Yes, there are the Paul McCartney's, Tom Petty's, and U2's that have managed to meld their past with a present with varying success.  But for everyone else, Classic Rock radio remains their best bet at exposure and continued viability.  And in fact, most stations would love to have a deeper, richer involvement with these artists through interviews, backstage opportunities, and other promotions.

Ian, figure it out.