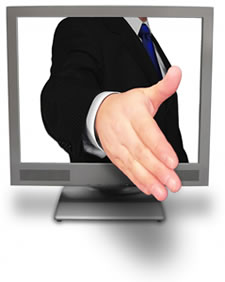 In one of those recent marketing/media posts, there was an interesting essay imploring tech professionals to stop calling people "users" (which has been the official/unofficial jargon for many years) and start thinking about them as "consumers."  Even though the latter is a rather generic term, the idea of "users" seems to connote a special, narrow group of people.  Yet, these days, the stats show that almost 80% of the American population is on a computer.

In radio, we have always referred to our audience as "listeners." And we've made the assumption that really "everybody" falls into this group.  Back when I got started at Frank N. Magid, writing questionnaires, we included a simple radio question (30 minutes a day, an hour a week, etc.) just to be sure that one-tenth of one-percent of the population that didn't listen to the radio wouldn't end up in our survey.  The idea was to make sure those anomalies were not questioned, which made sense.

That tradition in radio research has held up for thirty years.  Just about every study ever conducted asks the radio listenership question right upfront.  But isn't it becoming presumptuous to assume that just about everyone listens to radio in 2007?  By including a radio participation question, what portion of the population "terminates" at that point?  And when we look at the results of a 400 or 500 person telephone questionnaire, how accurately are they truly representing that demographic?  (I won't even mention the Cell-Phone Only group, which we have covered in this blog before.)

The fact is that the U.S., Omaha, and New York City aren't made up of "radio listeners."  They're comprised of people.  People who do stuff - watch TV, listen to iPods, surf the Internet for entertainment, and yes, listen to radio.

But if we think our market surveys are capturing the population or even accurately representing 18-49s, 25-54s or whatever demographic we're targeting, we're missing the proverbial boat.  Not everyone is listening to radio.  Not everyone has a radio at home.  We saw this vividly in "The Bedroom Project" among our 18-28 year-old respondents.

We can no longer assume that given the myriad choices, radio is near the top of the entertainment heap.  The glut of new technologies and options ought to motivate us to pause and reconsider how we're screening for current and potential consumers.  Who are these non-radio people?  How large a group are they?  What are they doing for entertainment?  And can we get them back again?

It's a whole new game.

You can see both "Bedroom Project" presentations at the NAB/R&R Conventions in Charlotte this September.  Conceived by Arbitron and conducted by Jacobs Media, "The Bedroom Project" is an ethnography study about media, technology, and survey research.  The presentations are Wednesday afternoon at 3:45 at the NAB; Thursday afternoon at Jacobs Summit 12.