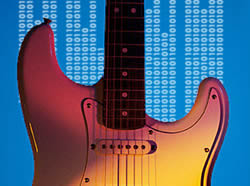 An article earlier this week in USA Today may have surprised some people who work in radio and music - but not anyone who's been involved in the Classic Rock format.  It reports that once you dig beyond the big hits of the day, some of the best selling digital downloads are Classic Rock standards, like "Free Bird."

As this year's Jacobs Media Tech Poll discovered, more than a third of our Classic Rock sample own an iPod or similar device.  And of course, many listen to mp3 files on their computers.  But it's not just Boomers who are buying these downloads.  These great classics appear everywhere from video games to movie soundtracks to television shows.  It would seem incongruous for teens to know songs like "Sweet Home Alabama," but the fact is that many do because of the cross-media exposure.

It's a reminder to those of us who program radio, as well as those who sell it, that Classic Rock is very special music.  It is no accident that the format is 20 years old and going strong.  It is no coincidence that of all the older music that teens and twentysomethings enjoy, most of it is Classic Rock.

I used to attribute the format's longevity and success to the sheer size of the Baby Boomer audience that grew up with the music.  Now I know better.  It may sound like a positioning statement, but Classic Rock is in fact "music that has stood the test of time." The over three-quarters of a million downloaders of "Bohemian Rhapsody" would most certainly agree.