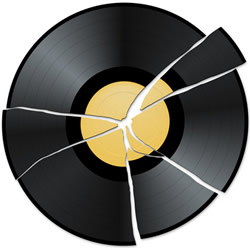 In a new eMarketer article, this question is posed:  "Could Boomers Save The Music Industry?"  That's because more than seven in ten Baby Boomers bought music last year.  When you consider that population tops out in the 76,000,000 range, that's a lot of CDs and downloads.  In fact, more than two-thirds of Boomers buy only CDs.

Yet, the record industry has traditionally focused on youth, and "hits" stations.  In a new study, conducted for the National Association of Recording Merchandisers (NARM) and the AARP by The NPD Group, the potential and real power of Boomers is reinforced by hard sales data.  Considering that those born between 1941 to 1964 now account for one-third of music sales, and could generate $1 billion in revenue, it says something about the disconnected "strategies" of record labels.

Consider this quote from The NPD Group's Russ Crupnick: "While the recording industry struggles with piracy and sharing among younger consumers, there's at least one group with the income and inclination to pay for music."

And Boomer tastes are established and rock solid.  If you grew up with The Eagles and Van Halen, you're paying top dollar for new and old albums by these bands, as well as shelling out top dollars to see them perform live.

For years, the labels have virtually ignored Classic Rock stations, yet these are the listeners consistently buying CDs, box sets, and by the way, paying $100+ for concert seats.  And much of this is happening organically - with minimal effort at the label level.  That's because the conventional "wisdom" in the record community is that it's all about currents and spins.  If they made more than just a token effort to better service these stations, advertise on them and share their artists with their millions of listeners, how much more revenue could they generate?

As every media and entertainment sector struggles to comprehend the "new rules," the record community would do well to finally figure out who's got the money and the loyalty to keep buying CDs - bad songs and all.  As the eMarketer article suggests, Boomers just might save their butts.

I purchase the same Pink Floyd cds over and over again because when they get scratched and unusable everything else still sucks.