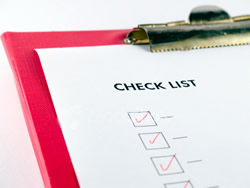 Consumers continue to rule.  There was even a contest to help decide what to do with Barry Bonds' record-setting homerun ball.  And GMC Trucks introduced a new consumer-generated contest where NFL fans will have a say in selecting the "Player of the Week."  This is just another example of a huge sponsor putting together a fan-based promotion with perhaps the world's best sports brand - the NFL.

Since championing CGM promotions before it became a fad, and introducing Ben McConnell's "Citizen Marketers" concepts at 2006's Summit, we've been working closely with client stations to ensure these initiatives are successful and buzz-worthy.  Over the past couple of years, these listener-driven contests and competitions have become ubiquitous.  And as we head into the Fall Arbitron period, many stations will be presenting CGM promotions of their own.

Recently, Ben put together a CGM checklist with Shahi Ghanem, CEO of Brickfish, a San Diego marketing firm.  I've added some commentary of my own to their great points:

1. Understand What Motivates Participation -
Of course, cash and prizes are hooks, but we have found that in the case of many radio promotions, listeners appreciate having their creativity recognized.  This might mean posting their billboard slug line on a real board, or giving them recognition on your website.  And of course, the more passionate they are about your station, the more entries you'll receive.

2. Recognize People's Passions -
Here's an area where radio has an edge.  Most of the CGM contests that we see stations sponsor are directly tied to the music or the station itself.  This gives radio a distinct advantage over Doritos, where a big prize becomes essential to participation.  Nacho cheese flavor will take you only so far.

3. Pick the Best Format for the Demographic -
In this case, Alternative and Active Rockers may be better off having their listeners use video as the entry vehicle because the target is comfortable with video content creation.  Aging Boomers might be more at home with entering a simpler caption contest, or helping to design a station's custom Harley, where they can simply click to select various features.

4. Ensure Transparency -
Ben notes that YouTube has the right idea by clearly showing how many users have clicked on a video, and how they've rated it.  Similarly, stations can do the same thing when presenting their CGM entries.  When WTPT in Greenville/Spartanburg presented a morning show billboard caption contest last year, they allowed web visitors to scroll through the hundreds and hundreds of entries.  This also gives users the chance to see how popular a contest is, and it's fun to see listener ideas - even if they're sometimes lame.

5. Maintain Realistic Expectations -
Of course, half the cume audience isn't going to participate.  But then again, that's the case with all contests a station presents.  But realistically, perhaps 1% of the audience might actually submit an entry, which is why sponsoring stations need to use their air and other media to sufficiently promote these contests.  And by giving everyone else a chance to vote for the finalists, stations can encourage more cume participation.

6. Offer Unique Prizes -
Again, this is where radio has the advantage.  Making sure the prize for the best entries is desirable can enhance these promotions.  Radio has the ability to pull back the curtain, take listeners backstage, let them sit in with the morning show, or make them a concert promoter for an evening.  If we're asking for listeners' creativity, it's incumbent on stations to show some imagination in the selection of the prize.

7. Don't Be a Bore -
One of the downsides of these CGM contests is that they are now being done everywhere.  There's more pressure to stand out when GMC, Heinz, and Dove are all sponsoring these contests.  Radio station promotions will need to do more than just give listeners the chance to design a billboard, as these promotions become more common.  This is especially the case if the station has done them in previous years.  What is different/better/more unique about this year's CGM promotion?

CGM fits radio like a glove.  These promotions tend to be fun, economical, and audience-friendly.  And adhering to the basics can make them especially effective this Fall.

I just got my sirius radio for Stern only to find out its full of comercials......... how can they claim no comercials and then have at least 10 minutes of them every hour??