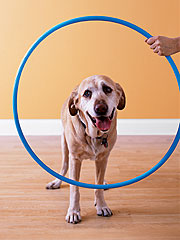 Newsweek.com has announced it will launch a weekly web TV show about politics, produced by the former producer of MSNBC's Hardball, Tammy Haddad.  As Newsweek struggles with its ad page revenue (down nearly 9% through the first three quarters of '07), they are turning more and more resources to the digital space.  After all, they have the content, and are simply responding to where consumers are moving.

Traditional media is getting the message loud and clear, and their corporate bosses are removing the handcuffs.  More and more are investing in digital content, and specifically, video efforts.  Radio simply has to get on board this fast-moving bus and to do so, needs to develop talent that can translate its great audio content into video streams.  More and more, stations that have launched CGM contests are finding to their pleasant surprise that there are incredible young "craftspeople," skilled in video production and editing, living in their markets. And the cost of launching webcams, and providing video of station events can be very reasonable.  Every time we post a "photo album" on our websites, we're sending the message to listeners that radio just doesn't get it.

As revenues flatten out or drop - despite great ratings - radio needs to invest in digital content, just like other traditional media have discovered.  Newspapers and magazines have learned the hard way, and are painfully making the transition.  There's no reason for radio to wait as long, given what we can learn from our friends in print.