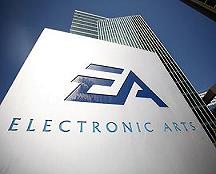 In a recent CNNMoney article, Electronic Arts CEO, John Riccitello, outlined some of the lessons he's learned during the past ten years since he took over that mega-gaming empire.  If you didn't know better, you'd think he was talking about radio.

1. Embrace change even if it costs a lot.  Riccitello talks about how the big three TV networks sat back and watched cable eat their lunch.  He claims that even though gaming comprises $31 billion in annual revenue, it needs to re-evaluate its entire architecture:  "In the next five years, we're all going to have to deal with this.  In China, they're giving games away for free.  People who benefit from the current model will need to embrace a new revenue model, or wait for others to disrupt it."  He sounds a lot like Jason Calacanis, explaining to Summit 11 attendees in '06 that it was time for the radio business to "surrender" - and come up with a new model for revenue generation.

2. Don't let detractors define you.  In his world, it involves allowing the media to paint the picture that games are too violent.  In our world, it's the media buying XM and Sirius' PR that broadcast radio is yesterday's entertainment.  As David Rehr pointed out in his "2020" speech, radio has to re-take control of its own message.

3. Admit your mistakes.  We live in a culture where it has somehow become impossible to take credit for bad decisions, whether it was invading Iraq, or in Riccitello's case, coming up with a failed interactive thriller game back in 2001, Majestic.  He realizes that in order to grow, learn, and benefit from the process, he had "to admit my mistake and move on."

4. Put your trust in visionary people.  In spite of Majestic failing, Riccitello hung with creator Neil Young, and it paid off brilliantly when the latter put together EA's Lord of the Rings deal.  He puts faith in game developers (that is, programmers) because he realizes the importance of creative content in the gaming biz.

There's a great deal we can learn from successful people in the media/entertainment space, and Riccitello clearly is someone who truly "gets" it.