JacoBlog - Jacobs Media's Blog: We Cut Off Our Noses

We Cut Off Our Noses 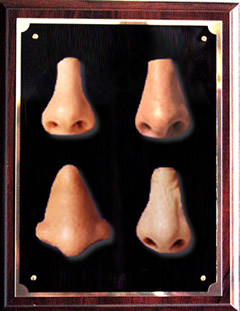 Leave it to Warner Music CEO, Edgar Bronfman, to ruefully look back at the past several years and realize how shortsighted the record industry has been.  Lauding Apple - especially the iTunes and iPhone innovations, Bronfman explained to the GSMA Mobile Asia Congress Conference in his keynote: "We used to fool ourselves.  We used to think our content was perfect just exactly as it was.  We expected our business would remain blissfully unaffected even as the world of interactivity, constant connection and file sharing was exploding.  And of course we were wrong."

But the sound bites that jumped out at me were when Bronfman admitted the music industry "moved at a glacial pace" and "inadvertently went to war with consumers."  And yet, the lawsuits against teenagers who have engaged in file sharing continue as the entire world of artists, managers, and techies moves away from the labels.  Ask any teen or twentysomething about how they feel about record companies, and you'll get an earful.

And what about the war the labels have been waging against broadcast radio over the past year, first by attempting to "de-explain" the relationship between airplay and sales/brand building?  And more recently the Performance Tax folly against radio stations?

You know that things are crazy when you see a beleaguered industry lash out at everyone - up to and including former friends, allies, and partners.  Radio deserves better.