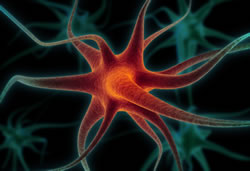 We certainly touched a nerve with our blog entry on 12/20 about the new HD Radio campaign.  Along with Dave Martin, we expressed the opinion that the new agency spots may not be congruent with what broadcasters expect from the Alliance.  In our view, the campaign throws AM/FM Radio under the bus in order to promote HD, in much the same way that the Mac guy makes fun of the PC guy.  In the case of the HD Radio campaign, however, these commercials strike us as much less effective, and needlessly parody AM/FM Radio.

Well, during a traditionally slow week, we set a record for blog traffic - not just on the day in question, but for the entire week.  And the blog generated 28 comments - more posts than we get in a typical month. (OK, two of them were mine.)

So, what does this tell us about the campaign specifically, and HD Radio in general?  If you read through the comments, there is a lot of emotion about HD Radio and the way it has rolled out - most of it negative.  And also, from sifting through the many emails I received that were not for publication, I get the sense there's a growing schism between many CEOs and rank-and-file broadcasters about how HD Radio is being promoted, marketed, and even approached.

My takeaway on this situation is that it's time for a larger industry dialogue about HD Radio.  An assessment needs to be done to honestly determine what's working, what's failing, and where to go from here.  There are too many passionate broadcasters who are upset, frustrated, and disillusioned by what has transpired.  On the other hand, I get the feeling that Peter Ferrara of the Alliance also cares very much about this initiative and making it work.

Perhaps it's time for the Alliance to open its doors and its mind to some of the creative, intelligent, and knowledgeable radio workforce.  Let's be honest about HD Radio's progress report, and make a resolution for 2008 that real progress needs to be made.

It would seem to me that the best campaign would simply be; "radio is great HD radio is better!"

You are spot-on in calling for an industry dialogue. My thought is the big moving part that's missing - so far - is a sense of urgency and that it seems fair to suggest is a leadership issue.

"GSD&M has already begun producing work. The ads feature the voice of cartoon character SpongeBob (actor Tom Kenny) as a conventional car radio calling its owner and leaving messages as if it's a jilted lover. "You know, I could totally pick up those new extra HD stations if I hit the gym," the radio says in desperation. "Is that what you're into now? Huh? Call me!"

Brillant - that will get consumers into Best Buy to purchase those empty HD radios!