JacoBlog - Jacobs Media's Blog: It's All A Game

It's All A Game 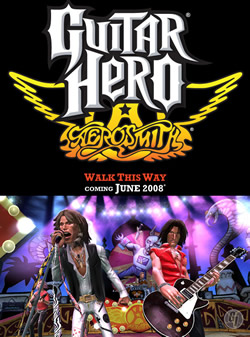 The momentum for Guitar Hero and now Rock Band continues to point to the exploding popularity of video games that take the player beyond the typical controller.  With one part air guitar, one part "School of Rock," and another part Reality TV, these games give fans a chance to play along.  So far, Activision reports that Guitar Hero has generated $1 billion in sales... in North America alone.  And beyond that, these games sell music.  Nielsen's SoundScan reports that 11 of the 12 songs featured in Guitar Hero II showed huge sales increases (Cheap Trick's "Surrender" nearly tripled its numbers).  MTV has tracked 2.5 million downloads for Rock Band, while Guitar Hero 3 has broken the 5 million mark.  At a time when there's very little good news in the music business, these games are bucking the trend.

Now Aerosmith is starting a new trend with their own signature version of Guitar Hero, due to be released in June.  It is hard not to imagine similar projects for iconic bands like Zeppelin, the Stones, the Foo Fighters, and the Chili Peppers as the world loves to play along.  And for radio, there continue to be opportunities to socially network this trend into live and local events, contests, and tournaments.  At a time when Rock struggles for attention on the Grammys and in music sales, Guitar Hero and Rock Band represent a hot new wave of activity and interest.  Smart stations will jump on this bandwagon, and take it to another level.