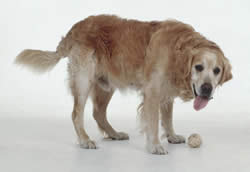 Contrary to what you may read, there's a lot of music being sold these days.  But much of it is not being sold in traditional ways.  As record labels lose their grip on the musicians and bands that used to be their bread and butter, music is being consumed in very non-traditional ways.

Of course, there's iTunes, but consider how much music is now being sold via TV shows.  Or songs that are purchased as a result of playing video games like Guitar Hero or Rock Band.  Or even the way that Radiohead is creating a new model by giving away their album, and letting consumers set the price.

Or the way that Eagles' manager Irving Azoff only offered Long Road Out of Eden at Wal-Mart.  Azoff understood Wal-Mart's great reach, not to mention how many shoppers buy products online.  Like Amazon, it's easy to buy CDs on Wal-Mart's website.  In a recent New York Post article, Azoff was asked what he was thinking when he put together the Wal-Mart deal, considering the chain has no New York City stores.  He mentioned the website sales, of course, but also pointed out that Virgin stores in NYC simply bought copies of Long Road Out Of Eden at Wal-Mart, and marked up the CDs to make their margins.

Again, in a rapidly changing entertainment world, this is more proof that non-traditional models can be effective.  Radio could benefit from these marketing "experiments" whether it's in the way we package, market, and build out advertising models for clients.  The days of simply pointing to a ratings book, and quoting a rate for spots are coming to an end.  Like Azoff proved with the Eagles, using a strong brand to sell products in non-traditional venues can be done.

It takes creativity, a sense of risk, and an understanding of the market.