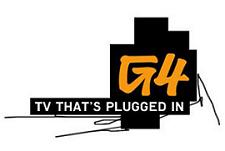 Comcast isn't just talking about the young guy media usage problem - they're attacking it head-on.  In order to ensure their G4 Network is on-target and appealing, they have initiated a full-year research program to get at Male 18-34 tastes and habits.

Taking no prisoners, the program is called "Hunting with Lightsabers," and it's a full-scale, multi-tiered research effort that focuses on 1,200 well-targeted guys.  They'll survey them online, as well as launch an ethnographic study in three markets to gain a better, grassroots understanding of how these guys think, entertain themselves, and use their growing media and gadgetry options.  We learned the power of ethnography with "The Bedroom Project," the study we conducted with Arbitron last year.  Taking a page from Wayne Gretzky, these studies don't just tell you the status quo, they can clearly show you where the puck is going.  Comcast is clearly thinking along these same lines.

Already, G4 has invested in programming for the network (reruns of Heroes and Lost), and is seeing some ratings gains.  But with this new research program, Comcast is getting serious about targeting and attracting young men.  It's something that would make a great initiative for radio, given the challenges to keeping our medium fresh, current, and healthy amidst technological upheaval and innovation.  Why couldn't the RAB and NAB collaborate on a youth initiative as a part of the latter's "2020" program?  Radio needs to send the right message - to advertisers and consumers - about the future of its audience.  Comcast is clearly taking the right steps.