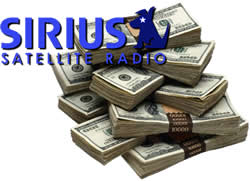 In the midst of a conference call about Sirius' prospects, CEO Mel Karmazin got off one of his signature great lines:

A no-brainer, perhaps, but given the economic pressures that all of radio is now facing, it's a quote that should go above desks and cubicles throughout our industry, whether in the boardrooms or the kitchenettes.  Sirius is struggling with expenses, of course, having paid Howard Stern a king's ransom.  At the time, it was the one big move the company had to make to become viable.  But now, Mel reports that Sirius has about all the content the company needs.  And if he can get any of it cheaper - including Howard - he will.

But the groundwork's been laid, and if satellite radio fails, it won't be for lack of content.  Maybe the model just isn't right or perhaps the sales effort just isn't there.  As Mel also noted, "We ought to be doing a better job in selling Howard."

If that sounds familiar, it echoes the same issue plaguing broadcast radio - a lack of sales for solid products.  And as revenues diminish, the budget cuts increasingly impact the product side.

Of all the things to cut, content's not it.  Cut better deals perhaps, reassess expenses, do smarter research, or more creatively look at cost savings in other areas.  But if the content goes, so will go the main reason why listeners are still listening in the first place.