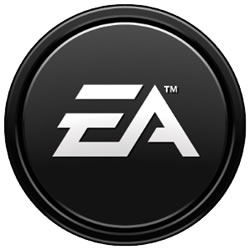 A recent article in The New York Times caught my attention because of its obvious parallels to what's going on in radio.  In this case, it's about video game giant, Electronic Arts, an industry leader that is finding the going tough because of innovative new games like Guitar Hero (created by Activision).  It seems that many of EA's games are essentially tired retreads, repeating past successes, rather than innovating for today's video game player.

That's the way it goes in the ridiculously fast-moving world of media and technology.  One day you're Yahoo! and everyone uses your search tools.  And then you get replaced by upstart Google, and you're on the road to failure.  If it can happen to leaders like EA and Yahoo!, why should we be surprised that a more traditional industry like radio got caught up in the new media maelstrom?

But the interesting thing about EA's dilemma is the way in which CEO John Riccitiello is meeting his company's challenges head-on.  In a recent speech, Riccitiello admitted his company's mistake:  trying to manage a corporate top-down creative process that was fiscally in-line at the obvious expense of the creative content process.  As he noted, "It could certainly make for a great case study at Harvard if it worked, but I just don't think it works."  Later, he admitted to financial analysts that even EA's acquisition of hot new game development companies failed because EA did not allow them to have creative freedom.

So he's going a new route by acquiring two solid studios, BioWare and Pandemic, and allowing them the independence to create great games.  Consider this quote by Riccitiello, and how it might apply to other industries facing a similar plight:

"Frankly, the core of our business, like in any creative business, are the guys and women who are actually making the product... The companies that succeed are those that provide a stage for their best people and let them do what they do best, and it's taken us some time to understand that.  In our business the accountant, the guy in the green eyeshade, is like the guy in the alien movie that eventually gets eaten.  If you let him run your business, it is neither inspiring or effective."

Hopefully, Riccitiello's new path for EA will actually become a Harvard case study, and a way forward for other struggling media companies and industries.

GMs know one slip of the lip can sink the morning program, multiple careers, and hurt the station. One off-center promotion can really hurt. Handle a sponsor's business the wrong way and they are gone. Vetting everything with lawyers, accountants, and endless meetings ... makes it feel safer. What really hurts is making this vetting process appear to be the priority. The real cost of procedure-priority is the loss of creativity and enthusiasm. Effective leadership is a tough job. You can lose on both ends and lose bigger if you stay in the middle.