JacoBlog - Jacobs Media's Blog: We Are The Target And The Agency

We Are The Target And The Agency

Today, it's a guest blog from radio vet, Jay Philpott.  It's a great example of how the consumer willingly plays a role in product marketing and promotion.

I recently received a cute little video from some friends, who had used a service available through Jib-Jab to superimpose their kids' faces on some breakdancers' bodies.

Funny stuff.  It was done to the tune of "What Is Love" by Haddaway.  After realizing I had just been "marketed to," I sent my friends this note: 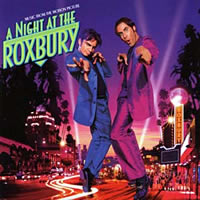 That's awesome!!  Thanks for sending that.  Not to take away from the cuteness of the "Boyz"...but what we have all just seen is a commercial!  This is a perfect example of the evolution that advertising is making in the online world.  They have actually found a way for US to do their work - to reach the consumer.

Using our newfound love of social networking online, they have turned us into the target demo AND the ad agency!

Think about it - here's the math behind the DNA of a viral video commercial:

Turn it in to a Diet Pepsi commercial

Air it during the Super Bowl

Making it interactive using a popular satire site like Jib-Jab

Allow you to add content - in this case your kids

Make it easy for you to share with friends and family

Craig & Lisa - you should bill PepsiCo for your services!!

How could radio do the same kind of thing?  For starters, why not film the morning show doing a familiar benchmark bit, or just a really good exchange on some topic, and allow listeners to put their own faces on those of the station's crew?  It could even be something as simple as your star air talent extolling the virtues of the station - with a P1 listener able to put his/her face over the jock's... and then forwarding that off to everyone they know!