Burger King has provided us with a smart marketing lesson this year.  Their very successful signature burger, the Whopper, recently turned 51 years-old.

But the company is not resting on the Whopper's heritage, reputation, or laurels.  While the sandwich has always been a big hit, Burger King realizes that it's easy for consumers to take it for granted as they keep looking for the next hot restaurant or food style.

So, they've been reinventing.  You may remember that commercial campaign last year where they punked consumers in the drive-thru line by telling them they were out of Whoppers.  Customers were irked, angry, and desperate to have their Whoppers.  This was a great way to remind us all about the value of the Whopper, and its importance in the fast food pantheon.

And now, they're starting the Whopper Bar, a new concept that will bring the sandwich to food courts, strip malls, and casinos.  Looking a lot like the open style of a Starbucks, the Whopper Bar will feature chrome counters and plasma TVs (that show open flames).  And a key to this new concept is a whole new line of Whoppers, with different toppings and flavorings.

Too often, heritage radio stations get caught in the same rut that Burger King was in.  Signature events and promotions that once were exciting often become forgettable annual events that listeners appreciate, but no longer find buzzworthy.  Whether it's a concert festival, a Workforce Payroll promotion, or a morning show broadcast, the audience appreciates new spins, different features, and additional reasons to listen.

Reinvention isn't just a good idea, it's a necessity, especially in a society where "new" is the mantra, and consumers are always looking for something to talk to others about.  The good old Whopper has now been updated and relocated, and it might just become a topic of conversation more than a half century after it first came to market.

Bringing together your key staffers for a brainstorm and/or conducting a couple of L.A.B. groups are all it would take to do the same thing for a station event, promotion, or fundraiser.  How will you reinvent your station in 2008? 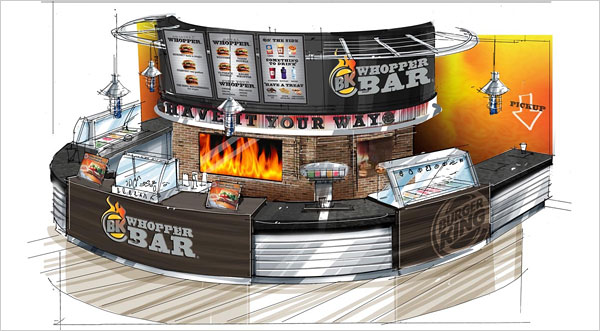