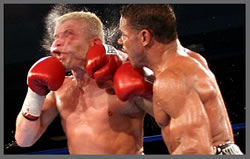 There was a time only a decade or so ago in Rock Radio where we had it all to ourselves.  We controlled our music and our pop culture.  Sure, some of Rock's featured bands would appear on Saturday Night Live, and there was always the competition from MTV.  But for the most part, if you worked for a big Rock or Alternative station - even in a smaller market - you controlled the agenda for how music and concerts were exposed and promoted.

Today, you're competing with virtually everyone.  Wherever you look - on and off the Internet - Rock is being marketed in a multitude of different arenas and venues - and I'm not just talking concerts.  NPR does a better job of interviewing our bands and marketing our core product than we do.  Case in point - a Raconteurs concert that was recently broadcast via NPR.org.  And it seems like every week, "Fresh Air's" Terry Gross or their big news magazines feature interviews and music from artists as diverse as Springsteen and Coldplay.

Of course, Internet sources from iTunes to Pandora expose new music and provide information, background, and free samples.  Artists have their own websites, enabling them to independently market their own music and merchandise - without radio's help.  And fan sites are abundant with their own homegrown coverage of their favorite bands.  In response, most radio station websites provide bare bones music coverage, opting instead to hype station contests and events.

And last week in USA Today came this featured question:  "What's your most treasured concert T-shirt ever?"  That's a fun, highly relatable question that is sure to spawn many listener photo entries.  It's a great example of letting listeners get in on the act, sharing their emotion and energy in a highly visible place.  It's the essence of CGM - consumer-generated marketing.

And it's something that we should have thought of first.

Too often, if you ask a programmer who he's competing against, he tells you it's Q96 or Eagle 94 or Rock 107.9.  But that's the narrow, "too close to the trees" answer that has hurt radio and caused more of the myopia that stunts our business.  In the real world, Clear Channel isn't competing with CBS, and Citadel isn't going at it with Cumulus.  In reality, the radio company you're working for is up against Apple, The New York Times, MSN, Amazon, Starbucks, and Electronic Arts.

The pop culture/media stage has expanded exponentially.  But too often, Radio is content to sit in its little corner in the back of the room.  And that makes no sense if you consider that in a recent month in New York radio, PPM tells us there are 20 stations with weekly cumes over a million people, and 6 stations topping the 3 million mark.  In a Philly PPM month, 6 or 7 stations have cume audiences above a million.  That's a lot of people still being impacted by radio programming, and it provides the industry with a big pulpit for delivering entertainment and information.

The challenge of reimagining, reshaping, and fulfilling our future is immense.  Yet, if we're going to be players in this new game, we need to answer that difficult question: "What's the digital strategy?"

I am not part of the industry
Only a consumer of it since I was six
But you are spot on with your analysis.

Radio flounders while the interweb thrives
We are eating MSM's lunch
We just don't have anything to show for it
Yet.