The Election & Your Station 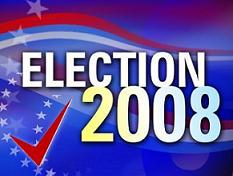 As we saw in Tech Poll IV, 84% of the entire sample say they're planning on voting in the upcoming Presidential election.  That's an amazing number, and while turnout will not be that high, the response is indicative of major league interest in the race and its impact on the country.

Our recommendation to most of our client stations is that in some way or fashion, the election needs to be a part of your programming scheme, whether it's a contest, personality content, parody, or a combination of all these things.

But there is a balance involved, and every station or personality show needs to come up with their distinct voice and treatment.  It is interesting that one of pop culture's biggest icons - Oprah - is paying a price for her overt support of Sen. Barack Obama.  Neilsen ratings indicate that her ratings have fallen nearly 7% this year, while circulation of O (The Oprah Magazine) has dropped by more than 10%.  While Oprah insiders deny that her Obama stand is to blame for these drops, logic tells us otherwise.

We saw Bruce Springsteen song scores fall way off after his support of John Kerry's campaign back in 2004.  Even in markets where Bruce's music always tested, there was this core of nearly 30% that consistently rated every song a "1" ('hate"/"dont like").

Maybe Kentucky Fried Chicken has the answer.  They're marketing a new line of T-shirts that give their customers these choices: "Left Wing," "Right Wing," and "Left Wing, Right Wing."  (The proceeds go to KFC's Colonel's Scholars charity.)

What's YOUR station's way of dealing with this election? 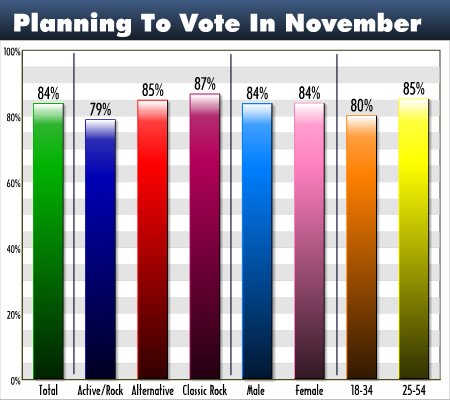